[CYBER CRIME] Revenue lost due to cyber-crime in India 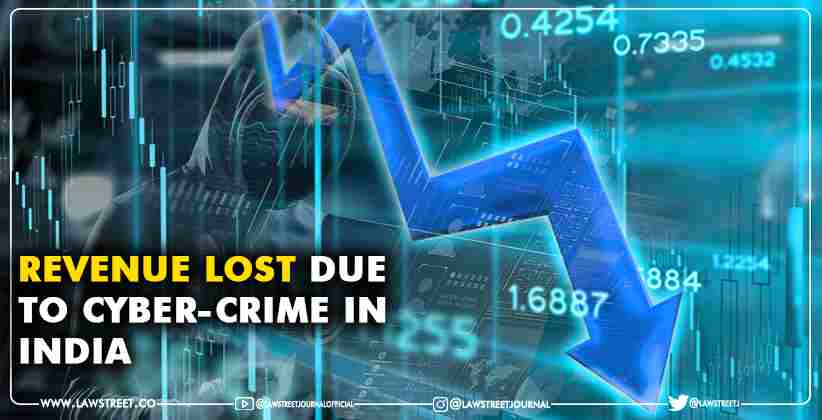 The widespread digitalization has led to better functionality, but at the same time, it has become a breeding ground for Cybercrimes.

Due to cyber crimes, India faces a huge amount of revenue losses each year. The Center for Strategic and International Studies(CSIS) conducted a worldwide survey about the "Economic impact of cybercrimes" which says that close to 600 billion (close to the 1% GDP) is lost to cybercrimes.

The report attributes the growth over three years to cybercriminals quickly adopting to the advancement of technologies.

In the Indian context, there has been a significant increase in cyber crimes in recent years. 2012-2019 can be considered as the peak of technological innovations. On the dark side of this era, over 44.5 a thousand cybercrime incidents related to monetary offenses have occurred.

According to the report of the Norton Life Lock survey, Rs. 1.24  trillion was lost in India in the past 12 months due to cybercrime. 63%  Indians of the 131 million cybercrime victims were impacted financially. The main loss was due to Ransomware attacks.

Revenue loss in 2019 due to Cybercrimes

Cybercrimes in India caused Rs. 1.25 trillion crores in 2019.  The development of Smart cities and the 5G network was said to aid the attackers.

National Cyber Security coordinator LFGen (Dr) Rajesh Pant said that "Only a few Indian companies who are making some of the cybersecurity products and there is a big vacuum in the sector. Ransomware attacks are increasing every day and there criminal have been working from home. They are attacking hospitals because they know in an emergency hospital will pay".

Ransomware is the form of malware that encrypts a victim's file. The attackers demand a ransom from the victims to restore access to the data upon payment. It's a form of extortion software that can block your computer programs.

A new report by "Checkpoint research" suggests that India is the most impacted country with 213  ransomware attacks. Cybersecurity firm 'Sophos' said in its global report that the attacks cost Indian organizations an average of 8 crores. In the last, one of America's leading multinational corporations Cognizant was also attacked by ransomware called "Maze''. The company faced  huge losses due to the same.

In India, numerous hospitals, Covid-19 research firms, and Pharma companies have been victims of the ransomware in the last quarter of 2020.

According to the Cyber peace foundation(Delhi-based), nearly 80 lakh attacks were recorded between October 1 and November 25 in 2020 in the health care sector.

In 2018, a Navi Mumbai hospital was hit by a ransomware attack. But the details of the culprits are still unknown. The case was registered under the Information Technologies Act 2000.

The ongoing covid situation increases the value of digital money and digital banking. Cyber attacks are common incidents in banking. Fake phone calls from the attackers pretending as officials from banks asking for the bank details and OTP has become commonplace. It is a simple example of Cyber fraud. So many petitions related to these types of crime are reported each day

In 2018 Cosmos bank came in the news when hackers siphoned of Rs. 94.42 crores from it's Pune beach.

Another incident had taken place in the mid of 2018, wherein more than 300 users ATM  data were hacked and 20 lakh rupees were wiped off

In yet another SIM swap scam, two hackers from Navi Mumbai had gained a SIM card and illegally transferred money from a bank account of about 4 crores.

Financial gain is the main reason for such Cyber attacks. According to an estimate, an average hacker makes 90,000 rupees a year.

Back home, NCRB data pointed out that among 29 states in India, Uther Pradesh is the first position on the cybercrime list. The most important areas for the theft of intellectual property and confidential business information.

During the pandemic situation, our pharma companies and hospitals are under constant threat of cyber attacks.

The " Digital India" initiative has led to the "Cashless India" protocol which amounts to an over-dependency on online money transfer and payments. Cyber attacks and revenue losses are accompanied by such changes.

Cybercrimes also increasing apparently. The only way to prevent such a crime is awareness. With the introduction of the I.T. Act, 2000, the issue of crimes in Cyberspace in India has been addressed very smartly, yet, the proper implementation of the Act is still lacking. Considering the current scenario, the need for efficient cyber laws is very evident.