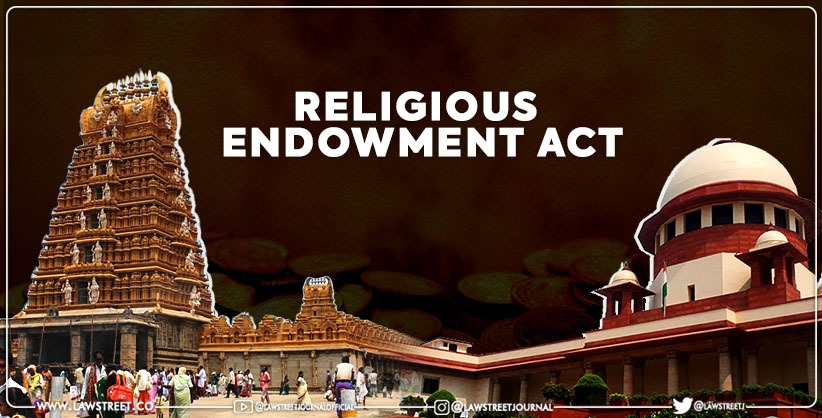 NEW DELHI: The Supreme Court on Thursday sought to know from PIL petitioners proof or materials, to show alleged mismanagement of temples regulated under the state laws or misappropriation of funds collected over there.

The court fixed the PIL seeking unhindered rights to Hindus, Jains Sikhs and Buddhists to manage their religious places as is being done to Christians and Muslims in the country, for hearing on September 19.

The counsel for the petitioner contended that they have challenged the validity of Religious Endowment Acts of five states. They said the regulations should not be only of Hindu places. "Either regulate all or let there be no regulations for Hindus," they said.

The bench said, "We have a 150 year old history and these places of worship have catered to larger needs of society and not their own purpose only. Some temples have even given their lands for public purposes. You are asking us to roll back the clock."

"These temples have functioned in a particular way, they have not aggrandised all the wealth or thousands of acres of lands to themselves. There has to be some framework for use of money," the bench emphasised.

Datar said these regulations violated fundamental rights particularly Article 25 and 26 B, of the Constitution which gave the rights to manage the properties.

Sankarnarayanan gave an example of Karnataka, where he claimed, 15,000 temples have been closed down since they could not pay up to staff and temple lands are being frittered away.

The bench, however, asked the counsel to show official records, proving their charges of closing down of 15,000 temples.

"We will end up taking cognisance of sweeping statements. Legal issues apart, we need to have concrete examples to base this on," the bench said.

"In a secular state, the church has to be made distant from religion," Sankaranarayanan asserted.

To this, the bench said, "It could be debated that the receipts of temple are from the people and it has to go to people. Like in Tirupati, there are Universities and there are state enterprises. One understands where you are getting at. But the scale of offering in Tirupati and Shirdi is so colossal... And you suggest that such should be out of any pale of regulation."

Asserting that the petitioner was asking the court to legislate, the bench said, "You are saying nobody will account the wealth and you will be centres of power. The other religions may have their own checks and balances."

The petitioners, however, sought time to file additional documents.

In his plea, Upadhyay sought a declaration that that Hindus, Jains Buddhists and Sikhs have similar rights to establish manage maintain their religious places like Muslims, Parsis, Christians and the State cannot abridge this right.

He also sought a declaration that Hindus, Jains, Buddhists and Sikhs can have similar rights to own acquire administer movable-immovable properties of their religious places like Muslims Christians without any interference from the State.

He contended that laws made to own acquire administer movable-immovable properties of temples-gurudwaras are arbitrary-irrational and offended Articles 14,15, and 26 of the Constitution.

He also sought a direction, if necessary, from the Centre or the Law Commission to draft a 'Common Charter for Religious and Charitable Institutions' and 'Uniform Code for Religious-Charitable Endowments' in order to secure Hindus right to establish maintain religious-charitable institutions and right to acquire administer movable-immovable properties.