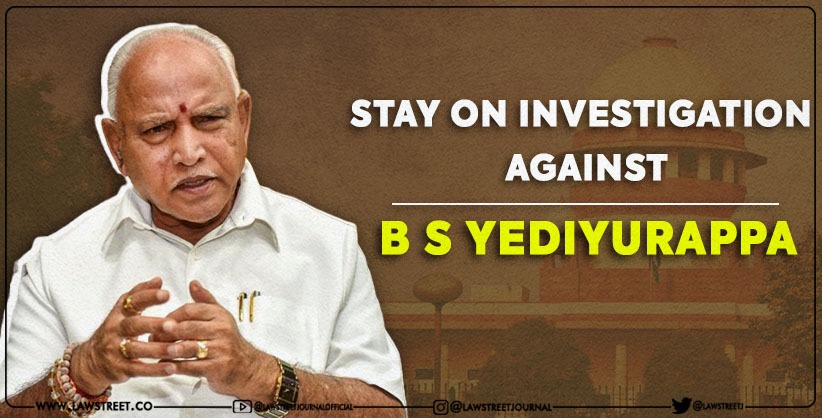 NEW DELHI: In a big relief to veteran BJP leader and former Karnataka Chief Minister B S Yeddyurappa, the Supreme Court on Friday ordered for stay on investigation against him in a case of alleged corruption to related award award of contract for a housing complex in Bengaluru.

A bench of Justices D Y Chandrachud and Hima Kohli issued notice to anti-corruption activist T J Abraham on a petition by the senior BJP leader against the High Court's order.

Yeddyurappa challenged the validity of the Karnataka High Court's order of September 7 which directed for lodging of the FIR contrary to the Special Court's refusal due to absence of sanction.

They submitted that the Karnataka High Court disregarded the fact that it was mandatory to obtain prior sanction before issuing an order for lodging the FIR.

The counsel for Abraham, on the other hand, claimed there was no such requirement to take prior sanction in complaints filed under Section under Section 156(3) of the Criminal Procedure Code.

Notably, the Lokayukta police on September 16 had lodged against Yeddyurappa, his family members and others.

It was alleged that bribes to the tune of Rs 12 crore was paid in lieu of award a contract to construction firm to build a housing complex for the government during his tenure as CM in 2019-21.