Doubling number of judges no solution to pendency of cases: SC 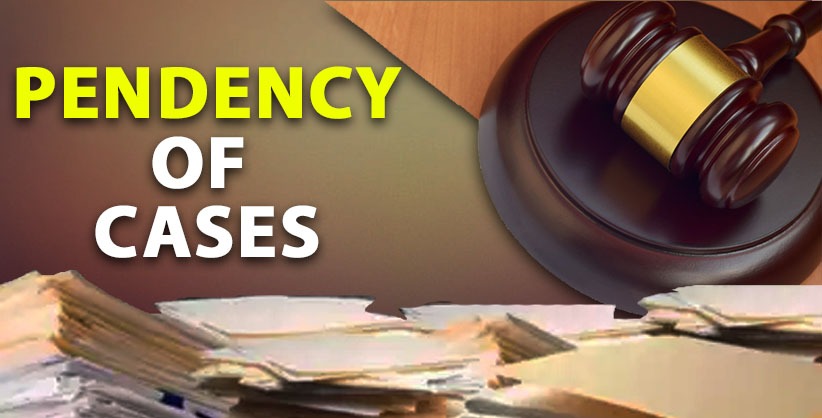 NEW DELHI: The Supreme Court on Tuesday said doubling the number of judges was not the solution for pendency of cases, saying more judges does not mean more disposal, instead good judges are required.

The top court also pointed out that it was even difficult to fill up existing vacancies.

A bench of Chief Justice D Y Chandrachud and Justice P S Narasimha declined to entertain a PIL filed by advocate Ashwini Kumar Upadhyay for doubling the number of judges, saying he has adopted a very simplistic approach.

Upadhyay said that nearly five crore cases are pending in courts, which means nearly 20 crore people are affected, and this is close to the population of the US.

“But, doubling the number of judges is not the solution. Every evil you see does not mean that PIL should be filed,” the bench said.

"Try getting judges to fill up the existing posts, you will see how difficult it,” the bench said, adding it was difficult to fill up 160 seats in Allahabad High Court and the petitioner is asking for 320?

“Have you been to Bombay High Court? Not even a single judge can be added there because there is no infrastructure. Adding more judges is not the answer,” the bench said.

The bench said it may impose costs on such PILs for wasting the judicial time which was meant to hear genuine matters.

Upadhyay submitted that it is a PIL, which is not adversarial.

The bench, however, said that the instant petition was just like the Parliament, saying that an Act could be passed to ensure that all matters will be disposed of within six months.

Upadhyay argued that the situation was much better in developed countries, where the number of judges were more when compared with population.

The bench pointed out that the Supreme Court in the US or the UK would not entertain such a petition.

The CJI said there are problems, but these simplistic things would not offer a solution. He said when he was in Allahabad High Court, the then law minister had asked him to increase the judges by 25 %.

“I was like good lord; I cannot even fill up the 160. Ask the Bombay High Court how many good lawyers are willing to accept judgeship. Merely adding more judges is not the answer, you need good judges," the CJI said, adding that petitioner should examine statistics and do some more research on vacancies in courts.

After this, Upadhyay agreed to withdraw his plea.

The bench dismissed the PIL as withdrawn, while giving him the liberty to file a fresh plea after doing some research.

In his plea, Upadhyay contended that the cause of action accrued on October 25, 2009 when the Centre promised to reduce pendency of cases from 15 years to three years but did nothing to implement the recommendations proposed by Law Commission of India in Report No-114 (Alternative Forum for Resolution of Disputes), Report No-116 (Formation of Indian Judicial Service), Report No-221 (Need for Speedy Justice), Report No-230 (Reform in Judiciary), Report No-245 (Arrears and Backlog).

He submitted that judicial charter is not only necessary to secure right to speedy justice but also essential to control corruption, crime, casteism, communalism, regionalism, linguism, separatism, terrorism and fundamentalism.

"The injury caused to the public is extremely large. Right to speedy justice is integral part of Article 21 and is even mentioned in Magna Carta of 1215. This highlights how important it is, as it was thought of 800 years back. However, Centre and States have deliberately neglected the importance of speedy justice. They have not provided required judicial infrastructure to clear huge backlog. The number of Judges per million populations is less than 20. The figure stood at 19.78 in 2018, 17.48 in 2014 and 14.7 in 2002. These numbers show how the Indian judiciary is suffering due to low man-power," the plea said.

SC notice to Centre, States on plea for free sanitary napkins for girls