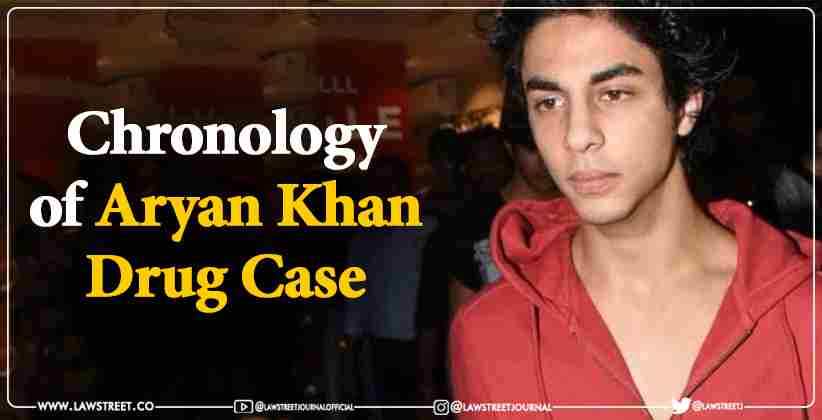 Aryan Khan, son of Bollywood superstar Shah Rukh Khan, has been given a clean chit in the drug case. In October 2021, Aryan was arrested in connection with this case and spent almost 20 days in jail. Except for Aryan and another person on the cruise, Mohak, all of the accused were found to be in possession of narcotics, according to a special investigation team tasked with the case.

Detailed timeline of the Case:

● The NCB arrested Aryan Khan, his friend Arbaaz Merchant, and Munmun Dhamecha on October 3. Twenty individuals were arrested in relation to the case.

● The Bombay high court granted bail to Aryan Khan, Arbaaz Merchant, and Munmun Dhamecha on October 28 under certain conditions, following days of hearings and multiple twists and turns in the case.

● Before November 2021, the Mumbai zone of the NCB was investigating the matter. Sameer Wannkhede was the head of the zone. In November, a special investigation team led by Sanjay Kumar Singh, deputy director-general of the NCB's Delhi headquarters, took responsibility for the matter.

● The term of Sameer Wankhede, who clashed with Maharashtra minister Nawab Malik over his "targeted" anti-drug campaign against Bollywood, ended in December 2021. Aryan Khan was also relieved from his weekly appearance before the NCB Mumbai office because the case was being handled by SIT Delhi.

● The SIT requested further time to file the case's chargesheet in March 2022, and the NDPS court granted 60 days.

● Prabhakar Sail, a crucial witness in the case, died of a heart attack in April 2022. He was the one who stated there was a financial agreement within NCB to arrest Shah Rukh Khan's son. After Aryan Khan's arrest, Sail claimed to be the bodyguard of NCB witness KP Gosavi and said that Gosavi discussed a 25 crore pay-off deal.

● In May 2022, the NCB presented a chargesheet in which Aryan Khan was cleared of all charges.