Home Business Blinkit To Get Acquired By Zomato In Rs.4,447 Crore Deal
Business 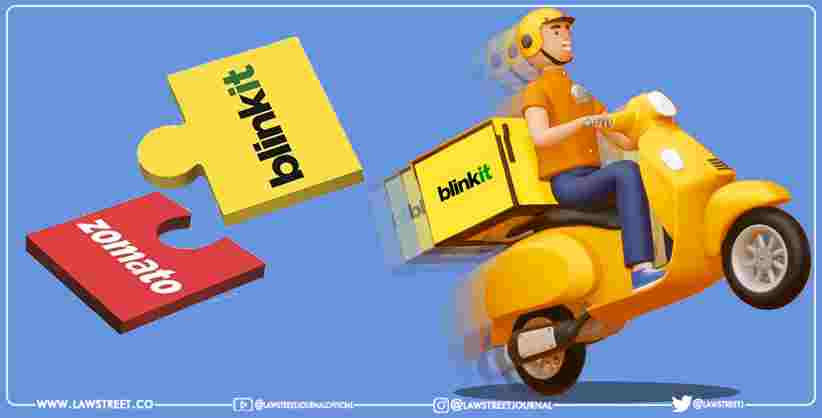 The acquisition of rapid commerce company Blinkit for Rs.4,447 crore in an all-stock deal was approved by the board of food delivery company Zomato on June 24.

Additionally, Zomato’s restaurant supply subsidiary, Hyperpure, will acquire the warehousing and ancillary services business of Hands on Trade Private Limited for Rs.60.7 crore. The Blinkit deal's value was once believed to be approximately $700 million, but at the current exchange rate, it is only worth $568 million due to the decline in Zomato's stock price.

“Quick commerce has been our stated strategic priority since the last one year. We have seen this industry grow rapidly both in India and globally, as customers have found great value in quick delivery of groceries and other essentials.”

“This business is also synergistic with our core food business, giving Zomato the right to win in the long-term… This foray into the next big category is timely as our existing food business is steadily growing towards profitability.”

Blinkit's annual turnover for the previous three fiscal years was also disclosed in the filing: Rs.263 crore in FY22, Rs.200 crore in FY21, and Rs.165 crore in FY20. In accordance with the terms of the agreement, SoftBank, the largest shareholder in Blinkit, would receive 28.71 crore Zomato shares, followed by Tiger Global with 12.34 crore, BCCL with 1.5 crore, and South Korean investor DAOL with 3.66 crore.

Sequoia’s shareholding in Zomato will rise from 1.33 crore shares to 5.84 crore shares as it will receive 4.51 crore new shares in the company. Blinkit (then Grofers) had raised $100 million from Zomato in a round which gave the company a unicorn status in August, 2021.

Zomato then extended a lifeline to cash-strapped Blinkit by loaning its parent company, Grofers India Private Limited (GIPL), $150 million. In a recent earnings call, the food delivery company revealed that not the entire amount had yet been distributed and that the remaining funds would be distributed based on the company's needs.

"At the time in a filing with the exchanges, the interest rate for the loan will be 12 percent per annum or higher with a tenor of not more than one year. This loan will support the capital requirements of GIPL in the near term and is in line with our stated intent to invest $400 million cash in quick commerce in India over the next two years.”

After withdrawing from the market twice, in 2020 and 2021, Zomato is making one last ditch effort to enter the grocery market with Blinkit. The company had previously stated that its investment in Blinkit would be its future bet on the grocery market.

Albinder Dhindsa and Deepinder Goyal, co-founders of Grofers and Zomato, have a lengthy history together. Between 2000 and 2005, both of them attended IIT-Delhi. Prior to founding Grofers, Dhindsa oversaw Zomato's foreign operations for two years. Aakriti Chopra, Albinder's wife, was recently promoted to co-founder in recognition of her contributions to the company. She was one of Zomato's first employees and currently serves as Chief People Officer. On the BSE on Friday, Zomato shares rose 1.15 percent to Rs 70.35 per share.