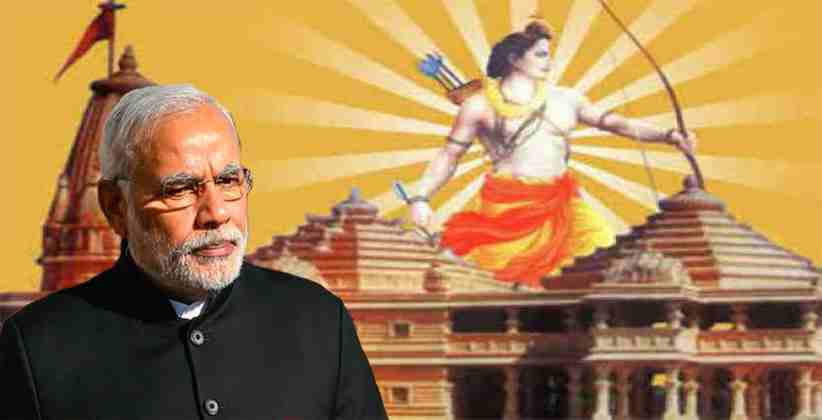 Today, February 20, 2020, the Prime Minister of India, Narendra Modi in the Lok Sabha announced the formation of a trust for Ram Mandir called the ‘Sri Ram Janma Bhumi Tirtha Shetra’ which will work as an independent body, as per Supreme Court's Ayodhya verdict dated November 9, 2019.

“I am happy to announce that in the cabinet meeting today morning, we took significant decisions on the Ayodhya trust. As per the orders of the Supreme Court, we have set up a trust. The Sri Ram Janma Bhumi Tirtha Shetra will be the name of the trust. It will be an independent body,” Modi said.

PM Modi said in Parliament that given the number of pilgrims expected at the temple complex and facilities required for the same, the entire 67.7-acre complex will be handed over to the Trust for the construction of the Temple. Now, the Uttar Pradesh Government will allot 5-acres of land to the Sunni Waqf Board in Ayodhya.

"We requested for the 5 acres of land for the Sunni Waqf Board to the UP Govt in Ayodhya. The UP Govt has given its approval," Modi said.

On November 9, 2019 Supreme Court’s 5-Judges' Constitution Bench comprising Chief Justice of India Ranjan Gogoi and Justices S A Bobde, D Y Chandrachud, Ashok Bhushan and S Abdul Nazeer in the its historic judgement of Ram Mandir – Babri Masjid case, gave ownership of 2.77-acres of disputed land to the Hindus for the construction of a Ram Mandir (temple) and asked the Central Government to give 5-acres of land in Ayodhya to the Sunni Waqf Board to build a Mosque. It was left on the Central Government and the State Government to take a call on whether the 5-acres land for the mosque should be given by it out of the 67.7-acres acquired land or elsewhere in the city of Ayodhya by the UP Government.

The Apex Court in its landmark judgement directed the Central Government to build a trust for Ram Mandir with name ‘Sri Ram Ji’ within 3 months, under the provisions of the Acquisition of Certain Areas at Ayodhya Act, 1993. The trust will have the responsibility of managing the site, construction and maintenance of the Ram temple.