"See, that's where I sit," CJI tells foster daughters on visit to courtroom 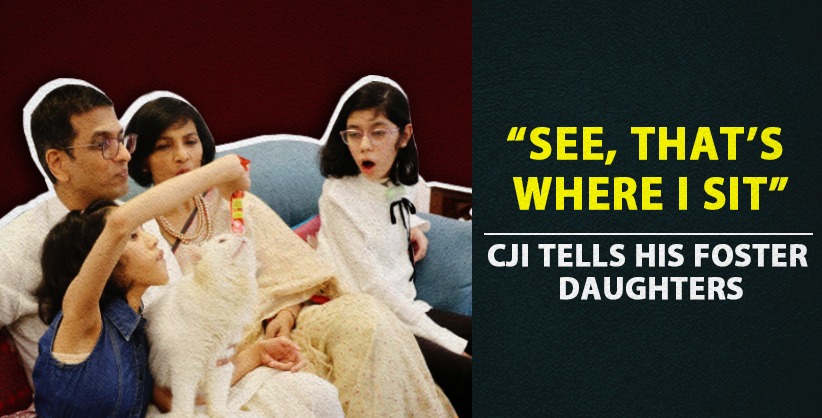 NEW DELHI: Chief Justice of India D Y Chandrachud on Friday came to the Supreme Court with his two foster daughters for a quick tour of his the courtroom and chamber.

At around 10 am, the CJI brought the two foster daughters Mahi (16) and Priyanka (20), who are differently-abled, to the courtroom, from public gallery.

He escorted them on a tour of the SC premises.

In his courtroom, He was heard as telling them, “See, that’s where I sit.”

Justice Chandrachud also showed the place where lawyers stood up and argue their cases.

As the words spread, senior advocate and noted jurist Indira Jaising tweeted, "It’s wonderful to know that the CJI brought his foster children to court. Humanising the court (and) making it less intimidating. I was once reprimanded by security for taking a child into court, saying “ children not allowed here”."

Sources said the CJI decided to bring his daughters to the court as they wanted to see the physical functioning of the courtroom.

Justice Chandrachud took over the as the CJI on November 9 and would remain in the office till November 10, 2024.

On the first day in office, the CJI's wife Kalpana Das accompanied him to the SC premises including in his chamber.