A Book Worth Rs. 12 Lakh Gifted By Attorney General KK Venugopal to Kerala Law Students Who Send An SOS. 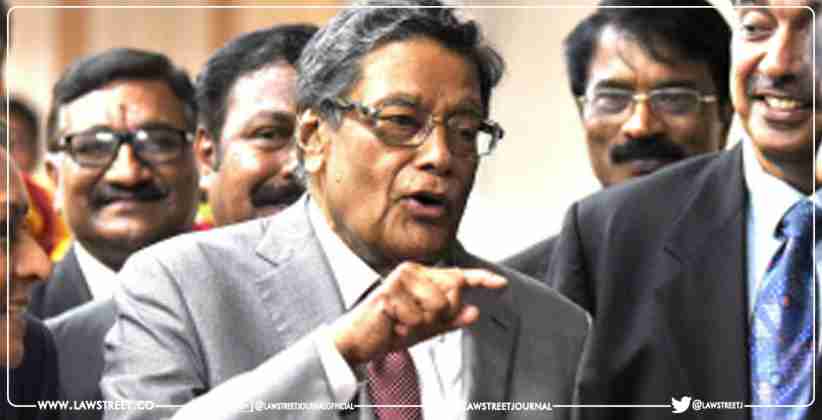 Students and teachers from Kerala University's law department knocked on Attorney General KK Venugopal's door after exhausted all other possibilities. Their plea for assistance in purchasing a reference book may appear insignificant at first, but only until the price is determined. The price of Chisum on Patents, which is considered the Bible of Patent law, is for $15,894. (Rs 12 lakh).

The much-desired 54-volume book had always been too expensive for the department, which receives barely Rs 4 lakh in annual library book grants. Department head Sindhu Thulaseedharan got a letter from Attorney General Venugopal a few days ago, saying he had decided to purchase the book and 'gift' it to them, much to the delight of the students and teachers.

“With reference to your request, the purchase order for the same has been placed,” he wrote.

“We don’t know how to thank him. It’s a great gesture that touched our hearts,”- said by Sindhu Thulaseedharan.

“The price has always been a deterrent, but we wanted it as our students are keen to pursue interdisciplinary studies in emerging areas such as intellectual property rights and patent disputes. We had initiated communication with corporate law firms to check the possibility of getting assistance under CSR scheme. It was on March 3 that I wrote to Venugopal sir asking whether he would be able to help us,” she said.

Venugopal, who was born in Kanhangad, had wanted to establish a law school in Kerala in remembrance of his father, MK Nambiar, who passed away a few years ago. The plan, however, was rejected by the state administration. It turned out to be a blessing for Bengaluru's National University Law School, which eventually established the MK Nambiar Chair of Constitutional Law.

Chisum on Patents released in 1978, is the most cited patent treatise with citations in over 1170 US cases, including 14 US Supreme Court decisions.

Chisum on Patents has every legal detail you need to secure and protect a patent claim.

"For over 25 years, I have relied on Prof. Chisum's treatise as THE essential tool for answering every conceivable patent law question. I have been repeatedly amazed by both the range and the depth of the subject matter contained in his work. No matter how arcane the patent law question, Prof. Chisum provides the answer. Frankly, could not do my job without the benefit of his books, both the main volumes and his amazing Federal Circuit Guide.[2]"