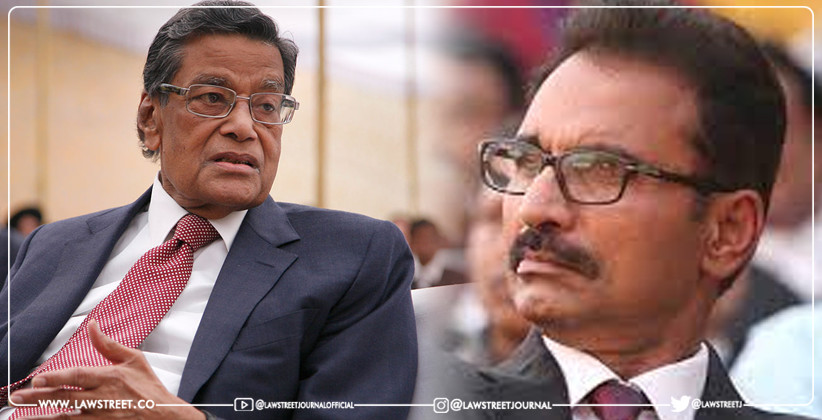 Attorney General KK Venugopal speaking over the retirement of Justice L Nageswara Rao said that we are loosing a very good judge and a cricketer. He has given a large number of very very important judgements.

Attorney General KK Venugopal: This seems to be an year of attrition. Eight Supreme Court judges retire this year. He speaks about retirement of Justice L.N. Rao on June 6.

We wish him great future, we hope that he'll be with us in various capacities, AG Venugopal added.

Solicitor General Tushar Mehta said that as soon as your Lordships accepted the elevation I lost a very favourite counsel whom I used to brief.

Vice President, SCBA, Senior Advocate Pradeep Rai said that "Milord we should look out for something so that we can keep on interacting, as soon as you went on the other side we thought you are not very happy as you were missing us."

AG KK Venugopal: This year seems to be a year of attrition. There are 8 judges retiring this year. We are losing an extremely good judge and a cricketer. Whenever the bar played against judges, Justice Rao headed the opponent team. Justice Rao freed the Rajiv Gandhi convict

SG Tushar Mehta: When milord accepted the opportunity to be a judge, I lost the favourite senior whom I loved to brief. We all have learnt a lot on administration of justice and humanity from him

Sr Adv Pradeep Rai: Justice Rao has been a judge for 2200 days almost. We have seen you in the corridors and as a judge also. We never felt that you were not among one of us. Your son-in-law is also a practicing lawyer. We have to find out something so that you are more with us

Sr Adv Aman Lekhi: you had all the attributes of a perfect judge.

Justice L Nageswara Rao: I am not very sure I deserve all these accolades. I had told the then Justice Ranjan Gogoi that I still think as a lawyer and Justice Gogoi had asked me to think the same way

Justice Rao: I hope if I have lived upto the expectations, I hope I have been fair and apologies If i have been harsh. Sometimes pressure of work get on us since we are not monks. I have at times raised my voice to drown the voice of the lawyer. But one side has to win.