Home Law School IIT Kharagpur Law School; One of Its Own Kind in India
Law School

IIT Kharagpur Law School; One of Its Own Kind in India 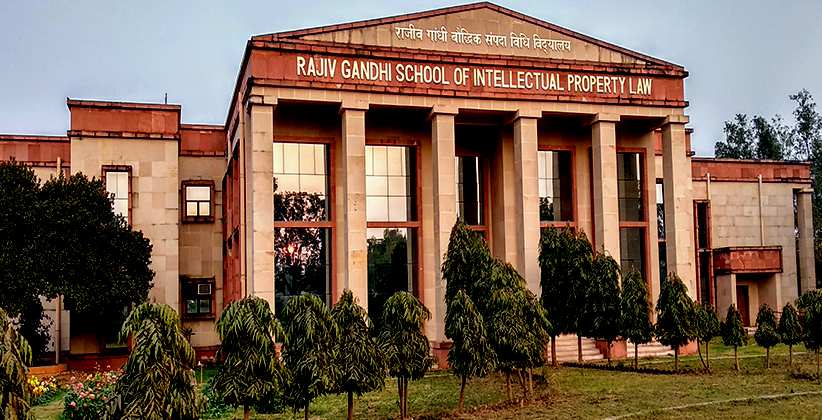 Legal education in India has a strong tradition of interfacing social sciences and law for a century. In recent decades the emergence of technology as a driving force to deliver the public goods has created an urgent need for professional lawyers who have a background and foundation in technology and science. This require a new paradigm and establishment of IIT Kharagpur law school is an essential step towards that goal. As a scientist, engineer and technologist or a medical practitioner, if one is looking to build an exciting global career in intellectual property law or for that matter a legal career in any domain of law, IIT Kharagpur is the destination.

Making of an IIT law school:

The Law school is named after former PM of India Rajiv Gandhi, i.e. Rajiv Gandhi School of Intellectual Property Law (popularly known as RGSOIPL). RGSOIPL has consistently maintained the 4th position in NIRF ranking since 2018. The school is a brainchild of Mr. Vinod Gupta, who is himself an IIT Kharagpur alumnus. He was also instrumental in establishing the first management school in entire IIT system, Vinod Gupta School of Management, IIT Kharagpur. He had proposed the roadmap for a law school and promised a grant of 1 million US dollars, which the MHRD had readily accepted and reciprocated with the same amount of contribution. The school started functioning from July 20, 2006. The inauguration of school was done by Honourable Mr. Justice V.S Sirpurkar (retired Judge of the Supreme Court of India and the then Chief Justice of Calcutta High Court). the structural framework of the Law school is designed by the Department of Architecture, IIT Kharagpur. The building of a school gives impression of the Supreme Court of India. The building covers 38,000 sq. ft of area in an IIT campus which is itself spread over more than 2100 acres of land, largest among all IITs.

RGSOIPL is in academic collaboration with the George Washington University Law School, (GWU) Washington DC, which has assisted in formulating curriculum of the school on modern needs. Prof. N.L. Mitra, Former Director, NLSIU Bangalore and Founder Vice Chancellor, NLU, Jodhpur is mentoring the school as an Advisor.

The school has a state of art infrastructure in house library with subscription to various law journals, texts and reference books. The students of the school also have access to the legal databases like West Law, Hein Online, Manupatra and SCC online besides access to the large resources of central library of IIT Kharagpur which is among the biggest libraries in Asia.

“We see ourselves as part of the global endeavour to integrate technology and law in order to produce technical lawyers with the expertise necessary to deal with legal issues that arise at the interface of technology and law. As such, we are the only law school in the country with a technology focus. Every biotech manager today needs to know the applicable biotech laws. But you cannot expect a manager to go and find out about laws. An enormous time is lost that way. That is why law schools that merge technology and law are so important today and will, eventually, become more numerous. IIT KGP is thus a pioneer in this matter.” says Prof. Padmavati Manchikanti, Dean, RGSOIPL, IIT Kharagpur.

Eligibility for the LL.B program is limited to the graduates with First Class Bachelors Degree in Engineering or Technology or Medicine or Masters Degree in Science or Pharmacy. LL.B. program offered by RGSOIPL is one the most comprehensive law programs in India. Besides the Core subjects of law and subjects from the domain of International Law, Criminal Law, Environmental law, and Corporate Law entire gamut of Intellectual Property Law subjects like Copyright, Patents, Trademark and Design, Biodiversity Law, IPR Creation and Registration, IPR Transaction and Technology Transfer, Entertainment Industry Law, IPR Management, IPR Litigation and IPR in SMES are offered to make students fully equipped to face the upcoming challenges of Intellectual Property Laws. Moot court is one of the essential and unique features of the curriculum of RGSOIPL. In LL.B for initial 4 semesters, moot court is a compulsory part of curriculum which is instrumental in creating a lawyers of tomorrow.

RGSOIPL has vibrant group faculties drawn from different disciplines of law, and among them are two Fulbright scholars. They also teach across different IIT departments, conduct various international, governmental as well as sponsored industrial research projects. The faculty-student ratio is lowest among all law schools in India.

RGSOIPL students have over the years earned accolades and respect in their respective organizations and legal practice. they have taken up responsibilities in in-house legal and IP cells, IP management, legal compliance, techno-legal consulting, corporate law, merger & acquisition departments. Owing to the specialization of the course a majority of students have taken employment in the Intellectual Property domain, but significant number of students have also taken up legal practice and are appearing before almost all High Courts, Tribunals and Supreme Court. Some students have taken up judgeship in the lower judiciary. Some of the recruiters at the campus are, General Electric, Siemens India, Honeywell, Battelle India, Robert Bosch GmbH and Novo Nordisk and Eaton Corporation. Among Indian firms are Indian Oil Corporation, Hero MotoCorp, Bajaj Auto, TVS Motors, Infosys, Wipro, Tata Consultancy Services, Cognizant, Johnson & Johnson, Venus Remedies and Avesthagen. Some of the Tier-I law firms like Amarchand & Mangaldas, Anand and Anand, Lall Lahiri & Salhotra, Lakshmi Kumaran & Sridharan, IUS Juris, Remfry and Sagar, Nishith Desai Associates have the Law school alumni working with them in various positions.

Students have to compulsorily undergo 4-week and 8-week summer internship at the end of 2nd and 4th semester.

Admission to the academic programs is done through entrance examination which comprises written test and interview. Application for the next academic year have been announced and prospective students are recommended to visit the official website for more information.