Places of Worship Act, the Black Law of India: Explained 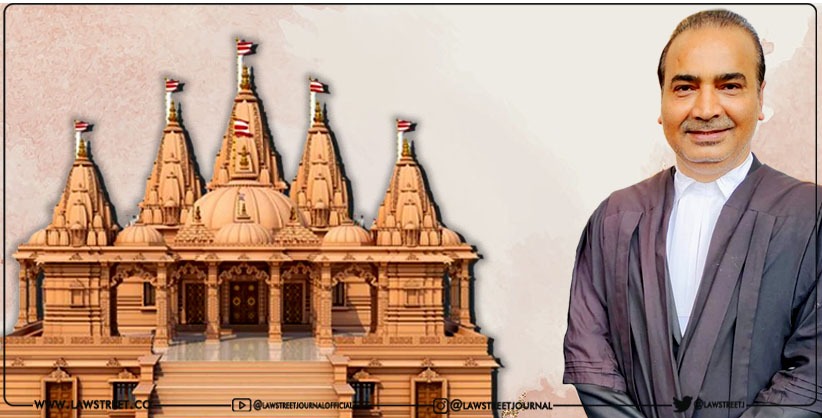 Retrospective cutoff-date was fixed 15th August 1947 to legalize the illegal acts of barbaric invaders. Though, Hindu Law (Temple Character never changes) was ‘Law in force’ at the commencement of the Constitution by virtue of Article 372(1).

Hindus Jains Buddhists Sikhs have the right to profess, practice and propagate religion as provided in their religious scriptures and Article 13 prohibits from making law which takes away their rights. Moreover, the status of mosque can be given only to such structures which have been constructed according to tenets of Islam and mosques constructed against the provisions contained in Islamic law cannot be termed as Mosque. Muslims cannot assert any right in respect of any piece of land claiming to be a mosque unless it has been constructed on legally owned and occupied virgin land. It is necessary to state that property vested in Deity continues to be the Deity’s property irrespective of the fact that any person has taken illegal possession and offered namaz.

Temple’s religious character does not change after demolition of roof, walls, pillars, foundation and even offering Namaz. After the Pran Pratishtha of the idol, A Temple is Always a Temple until the Idol is shifted to another temple with the rituals of Visarjan. Moreover, Religious Character of temples (places of Worship) and mosques (places of Prayer) is totally different. So, the same Law can’t be applied to both. The mosque constructed at temple land cannot be a mosque, not only for the reason that such construction is against Islamic law, but also on grounds that the property once vested in the deity continues to be deity’s property and right of deity and devotees are never lost, howsoever long illegal encroachment continues on such property. Right to restore back religious property is unfettered and continuing wrong and injury may be cured by judicial remedy.

Barbaric invaders destroyed hundreds of places of worship and pilgrimage to make Hindus Jains Buddhists Sikhs realize that they have been conquered and have to follow the dictum of Ruler. Hindus Jains Buddhists Sikhs had suffered from 1192 to 1947. Now the Question is as to whether even after independence; they cannot seek judicial remedy to undo the barbarian acts through the process of court to establish that law is mightier than the sword.

The Act is a penal Law so it must be interpreted literally not purposively. Temple is a place of worship as God resides therein and that’s why temple is always a temple and its religious character never changes. On the other hand, Mosque is simply a place of prayer and that’s why, in gulf countries (birthplace of Islam), it is demolished/shifted even for making road school hospital and public office. Moreover, Religious Character of temples (Place of Worship) & Mosque (Place of Prayer) is totally different. So, the 1991 Act can’t be applied to Mosques.

The 1991 Act was enacted in the garb of ‘Public order’, which is a State subject [Schedule-7, List-II, Entry-1] and ‘places of pilgrimages within India’ is also State subject [Schedule-7, List-II, Entry-7]. So, the Centre cant enact the Law. Moreover, Article 13(2) prohibits the State to make law to take away fundamental rights but the 1991 Act takes away the rights of Hindus Jains Buddhist Sikhs to restore their ‘places of worship and pilgrimages’, destroyed by barbaric invaders. The Act excludes the birthplace of Lord Rama but includes the birthplace of Lord Krishna, though both are incarnations of Lord Vishnu, the Creator and equally worshiped throughout the word, hence it is arbitrary.

Right to justice, right to judicial remedy, right to dignity are integral parts of Article 21 but the 1991 Act violates them. Likewise, the right to pray and practice propagate Hinduism Jainism Buddhism Sikhism, guaranteed under Article 25, is being blatantly offended by 1991 Act. Similarly, the 1991 Act blatantly offends the rights of Hindus Jains Buddhists Sikhs to restore, manage, maintain and administer places of worship and pilgrimage, guaranteed under Article 26.

Right to restore and preserve the script and culture of Hinduism Jainism Buddhism Sikhism, guaranteed under Article 29 is also being offended by the 1991 Act. Moreover, directive principles are nevertheless fundamental in the governance of the Country and Article 49 directs the State to protect the places of national importance from disfigurement and destruction. Similarly, the State is obligated to respect the ideals and institutions and values and preserve the rich heritage of Indian culture. Applicant submits that State has no legislative competence to enact law infringing the fundamental right guaranteed to citizens in view of the embargo created by Article 13. Moreover, the Act affects the right to religion of Hindus Jains Buddhists Sikhs and snubs their voice against illegal inhumane barbarian action committed in the pre-independence period.

Section 4(1) of the Act violates the concept that ‘Temple property is never lost even if it is enjoyed by strangers for hundreds of years; even the king cannot deprive temples of their properties. The Idol/deity which is embodiment of supreme God and is a juristic person, represents the ‘Infinite- the timeless’ cannot be confined by the shackles of time.

Centre neither can take away the power of Civil Courts to entertain the suit for restoration nor can take the power of High Courts and Supreme Court conferred under Article 226 and 32. The impugned Act has barred right and remedy against encroachment made on religious places of Hindus Jains Buddhists Sikhs. Moreover, the Centre has transgressed its legislative power in barring remedy of judicial review, which is the basic feature of the Constitution.

From 1192 to 1947, barbaric invaders damaged and desecrated religious places of Hindus Jains Buddhists Sikhs, depicting Indian culture from north to south, east to west. Moreover, the 1991 Act has destroyed basic doctrine of the Hindu Law relating to the deity as deity and its property is never lost and devotees have the right to sue a wrongdoer for restoration of property. It’s a well-established principle in the Hindu law, that property once vested in a deity will continue to be deity’s property.

On the touchstone of the principle of secularism read with Articles 14-15, it is very clear that the State cannot show its inclination or hostile attitude towards any religion, may be majority or minority.

Therefore, the 1991 Act violates the principle of secularism as it violates the right of Hindus Jains Buddhists Sikhs for restoration of their places of worship destroyed before 15.8.1947 even through the mediation and the Court.

The 1991 Act, without resolution of dispute through the process of law, has abated the suit and proceedings, which is perse unconstitutional and beyond the law-making power of Centre. The provisions of 1991 Act cannot be implemented with retrospective effect and the remedy of disputes pending, arisen or arising cannot be barred. Centre neither can close the doors for aggrieved persons nor can take away the power of District Court, High Court and Supreme Court of India. The maxim “ubi jus ibi remedium” has been frustrated by the 1991 Act as pending suits and proceeding in respect of which cause of action have arisen and continuing wrong, the remedy of the aggrieved person for resolution of disputes through the Court have been abolished, which violate the very concept of justice and ‘Rule of law’.