Future of Arbitration in India 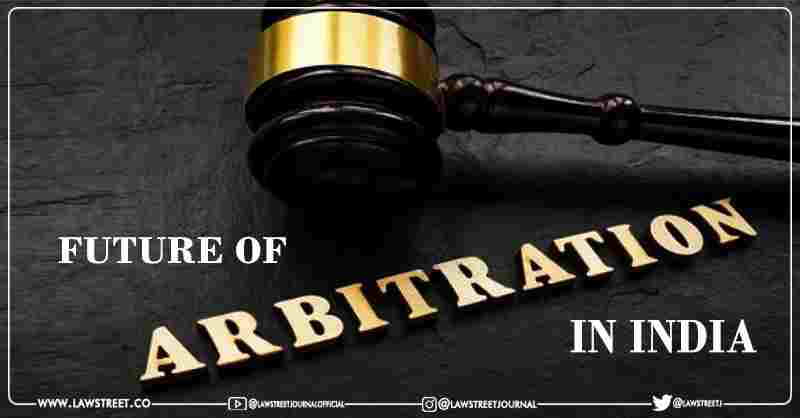 Arbitration is a form of Alternative Dispute Resolution. It is a way to resolve disputes between two parties outside judiciary courts, but with the help of a third unbiased and impartial person or group appointed with mutual consent of both parties. Arbitration cannot take place without the consent and willingness of both parties in dispute. The process of arbitration takes place in a conference room instead of a courtroom. The parties either enter into an arbitration agreement beforehand, agreeing that in case of a dispute in the future it would be resolved through arbitration or they can agree to arbitrate once there is a conflict. The law that governs arbitration in India is the Arbitration and Conciliation Act, 1996 read with the Indian Contract Act, 1872. The two Acts together provide the legal framework governing and regulating arbitration in India.

The importance of arbitration in India lies in the fact that the legal machinery of our country is extremely slow and time-consuming. The process of arbitration compared to litigation is time-saving as well as cost-effective. There's a greater level of expertise involved in arbitration because arbitrators are usually retired judges or attorneys who have specialised knowledge as well as experience in dispute resolution. In arbitration there is no code of procedure, instead, the parties can agree and settle to whatever they want. This gives an edge to arbitration over litigation.

Section 19 of the Arbitration & Conciliation Act,1996 states that "the arbitral tribunal shall not be bound by the Code of Civil Procedure of 1908 or the Indian Evidence Act of 1872. The parties are free to agree on the procedure to be followed by the arbitral tribunal in conducting its proceedings". It gives the parties freedom to mutually decide among themselves the way they wish to conduct the arbitration proceedings. The flexibility in arbitration makes it an alternative to litigation.

The original 1996 act has been amended several times to keep it at par with international standards. The Arbitration and Conciliation (Amendment) Act, 2021 was amended to Section 36(3), by way of an explanation to Section 34(2)(b)(ii), provides that if the Court finds out that the making of an arbitral award has been induced or affected by fraud or corruption, it shall stay the award unconditionally pending disposal of the challenge under section 34 to the award. The amendment will have a retrospective effect and apply to all cases whether before or after the commencement of the 2015 amendment to the Act. Such amendments add to the positive and bright side of dispute resolution through arbitration.

These developments and amendments by the legislature from time to time are proof of our country's efforts to strengthen and promote arbitration not only domestically but on an international level. The most important and landmark step was the establishment of India's First Arbitration Centre in Hyderabad. Chief Justice of India NV Ramana and Telangana Chief Minister K Chandrashekhar Rao jointly inaugurated India's First Arbitration and Mediation Centre in Hyderabad on 18th December 2021. The centre has been established with the best available infrastructure and is expected to serve people not only from India but also other Asian countries. The centre has empanelled internationally acclaimed arbitrators and mediators. India's endeavour at making arbitration the future of dispute resolution is everlasting.

There are some disadvantages to arbitration that dissuade people from choosing arbitration for dispute resolution. The first one is the lack of knowledge among the masses about Alternate Dispute Resolution. People are unaware of arbitration and that is one of the major drawbacks. Another disadvantage is that the rules regarding that bind an arbitral award are not strict in India and, at the same time, there is no set time limit for completion of arbitral proceedings.

The legislature has been constantly making developments and amendments for the promotion of dispute resolution through arbitration in India. The fact that arbitration does not have a fixed procedure like litigation and that the parties can mutually decide the arbitral award according to their conveniences gives arbitration an advantage over litigation. The establishment of India's First Arbitration Centre in Hyderabad has been a major turn of events. Despite the minor drawbacks, arbitration is an everlasting process and will continue to grow with time. The future of arbitration in India seems to be bright.