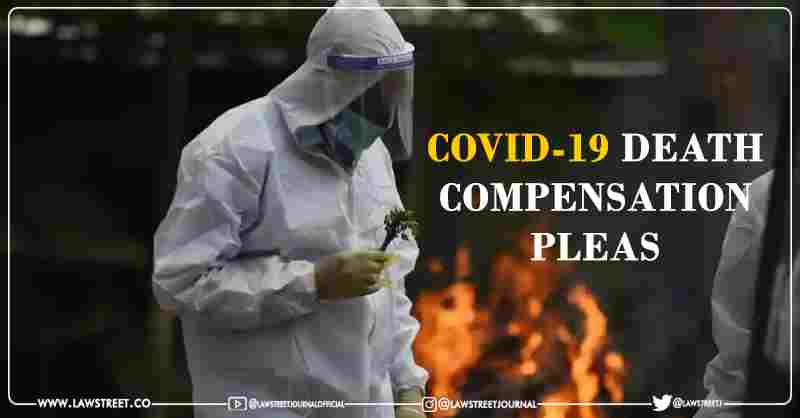 The Supreme Court of India on Wednesday, 19 January 2021, expressed discontent towards the delay by the State Governments in payment of ex-gratia to the families of the people who lost their lives to Covid-19. The SC bench comprising Justices M.R. Shah and Sanjiv Khanna summoned the virtual appearance of the Chief Secretaries of Andhra Pradesh and Bihar at 2 p.m. in the matter (Gaurav Kumar Bansal v. Union of India).

The SC received a plea for payment of ex-gratia to the families of those who had lost their lives to COVID-19. And the Apex Court had left it to the discretion of the National Disaster Management Authority (NDMA) to fix the compensation amount on 30th June 2021. The amount of compensation was fixed at Rs. 50,000.

36,000 applications were received for compensation in the state of Andhra Pradesh. But only 11,000 payments have been processed. The bench expressed disappointment on the disobedience of the States towards orders of the SC. The Bihar government was also blamed for misrepresenting the death toll. The bench said that the numbers have increased in all states after their orders, except in Bihar and that the death toll in Bihar was only 12,000 is not acceptable. The bench asked for the actual figures.

The Chief Secretaries were summoned to explain the reason for the delay in payment to the families of the applicants. The Court had repeatedly requested the states to avoid delay in payment of compensation to victim families. But such misconduct represents that the States have not been taking the orders of the SC seriously. The Court thus asked the state government counsels to ask the Chief Secretaries of the States to be present.

Future of Arbitration in India