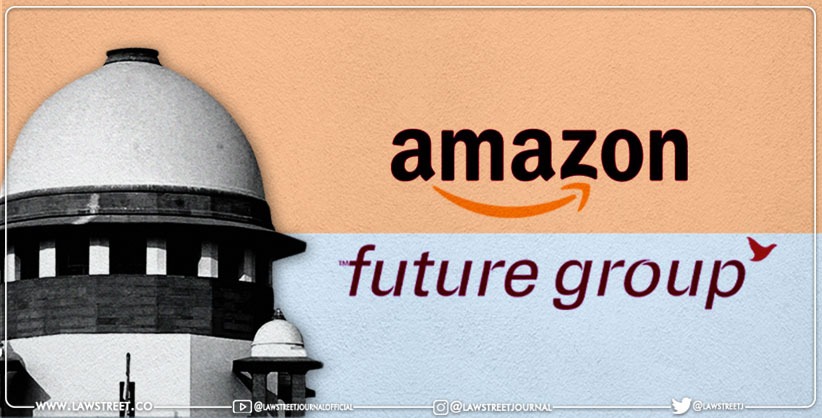 NEW DELHI: The Supreme Court on Monday sought a reply from the Future Group, and the Competition Commission of India on a plea by Amazon against the June 13 NCLAT's order which approved the decision to keep share subscription agreement (SSA) between Amazon and Future Coupons Pvt Ltd (FCPL) in abeyance.

A bench of Justices Dinesh Maheshwari and Bela M Trivedi issues notice to Future group, the CCI and oters.

The court put the matter for detailed consideration on September 19, while asking the parties to file a short note within a week.

It also issued notice to the Confederation of All India Traders (CAIT), which had filed a complaint against the Amazon's deal with the Future group.

Amazon group had on July 28 approached the top court against the order by the National Company Law Appellate Tribunal, which had upheld CCI's decision to suspend approval for Amazon's investments.

The NCLAT asked Amazon to pay the penalty of Rs 200 crore within 45 days.

It also upheld the CCI's December, 2021 findings that Amazon didn't make full disclosures in its 2019 deal and had suppressed information in  seeking clearances for the transaction back then.

Where does Temple money go ? Govt has no answer || RTI || Religious Endowment Act