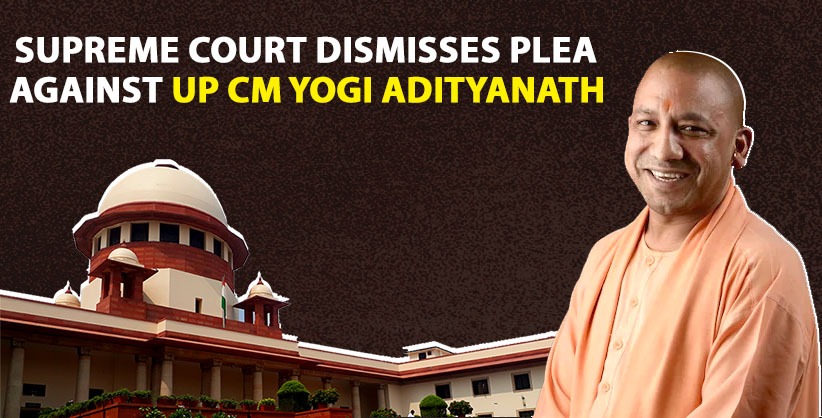 NEW DELHI: The Supreme Court on Monday refused to consider a plea for registration of a case against Uttar Pradesh Chief Minister Yogi Adityanath in connection with an alleged objectionable speech made during an election campaign in Alwar, Rajasthan in 2018.

A bench of Justices B R Gavai and Vikram Nath told the petitioner’s counsel that such litigations are meant for page one of newspapers.

The petition was filed by Naval Kishor Sharma of Mau district.

The petitioner approached the top court after the Allahabad High Court's order, which dismissed the plea with Rs 5,000 cost.

Adityanath had in November 2018, in an election speech in Alwar, hurt his religious sentiments, the petitioner claimed.

Initially, he had filed a complaint against the speech before the district court of Mau, which was rejected.

Subsequently, he approached the High Court, which also dismissed the plea.

The HC had then said the court at Mau had no territorial jurisdiction to entertain the said complaint and its dismissal with order dated March 11, 2022, under Section 203 CrPC is just and proper.

The High Court, while dismissing the plea, had noted the trial court's order also without any illegality, irregularity and perversity.

The petitioner claimed on November 28, 2018, Adityanath addressed a public meeting with regards to Vidhan Sabha elections in Malakheda, Alwar (Rajasthan) in which he stated certain words for Lord Bajrangbali due to which the religious sentiments of public who are followers of Sri Bajrangbali have been hurt.