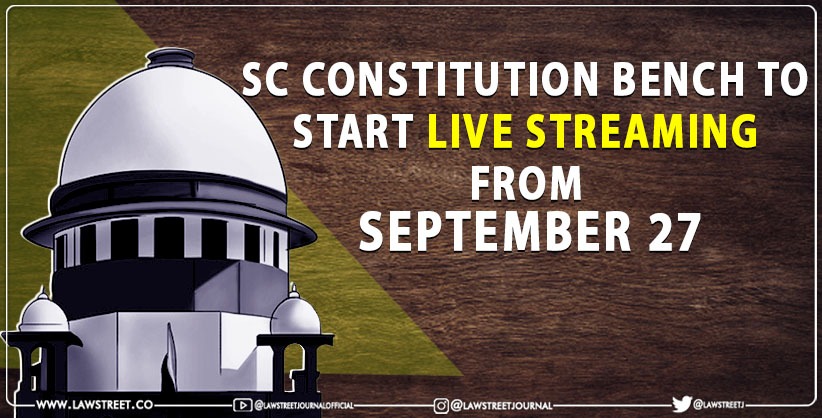 NEW DELHI: In a significant move, the full court of the Supreme Court decided to start live streaming from September 27 of its proceedings of cases being heard in five-judge Constitution benches.

The decision to start live streaming of Constitution bench proceedings of cases on priority basis was taken in the full court meeting held on Tuesday.

It is learnt that the decision of the meeting was unanimous and the hearings will initially be telecast live on YouTube.

After Justice U U Lalit took over as the Chief Justice of India on August 27, a number of five-judge Constitution bench has been set up to take up pending matters.

Recently, in a letter, senior advocate Indira Jaising has asked the CJI and other Supreme Court judges to "immediately commence" live streaming of hearings in a number of matters of national importance, including the EWS quota, Hijab ban, Citizenship Amendment Act, in terms of the 2018 judgement, as a part of the fundamental right of every citizen to freedom of information as also the right of access to justice.

It is important to point out here a number of High Courts including of Gujarat, Orissa, Madhya Pradesh and Karnataka have started live streaming of their proceedings on YouTube.