Home Judiciary Only final decision of Collegium not discussion to be made public under RTI: SC [Read Order]
Judiciary

Only final decision of Collegium not discussion to be made public under RTI: SC [Read Order] 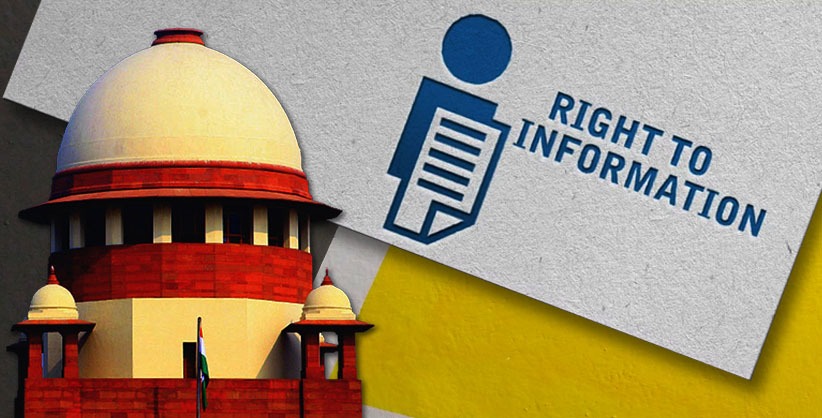 NEW DELHI: The Supreme Court on Friday declared only the final decision not the discussions of Collegium meetings could be made public under the Right to Information Act.

A bench of Justices M R Shah and C T Ravikumar dismissed a plea by activist Anjali Bharadwaj to get the agenda, minutes and resolution of SC collegium meeting of December 12, 2018, under the RTI Act.

She wanted the details of the Collegium meeting, in which the decisions were taken to elevate two high court Chief justices to SC.

"The discussions within Collegium system cannot be put in public domain through RTI, as these discussions do not assume the character of a final decision of the multi-member body resulting in passing resolution," the bench said, in its judgement.

The court said the plea by Bhardwaj is based on comments by an ex-Collegium member on a decision to elevate two High Court chief justices.

It said, the ex-judge's remark has no relevance as discussions are not Collegium's decision.

Advocate Prashant Bhushan, who represented Bharadwaj contended the appointment of judges in the Supreme Court and High Court should be made in a transparent manner in order to generate public trust.

"Whatever is discussed in collegium need not be in public domain. Only final resolution is required to be published,” the bench said.

During the hearing on December 2, Bhushan pointed out former SC judge, Justice Madan B Lokur, who was part of the Supreme Court Collegium in 2018, had said that one of the decisions, should have been uploaded on the Supreme Court website.

Taking a dig at retired judges, the bench had then said, it has become a fashion for them to comment about earlier decisions taken by the Collegium, even though it is the "most transparent institution".

"Let the system, which is functioning well, not be derailed. The Collegium does not work on the basis on some busybody. Let us perform our duties and let the Collegium function according to its duties. We are most the most transparent institution," the bench had said.