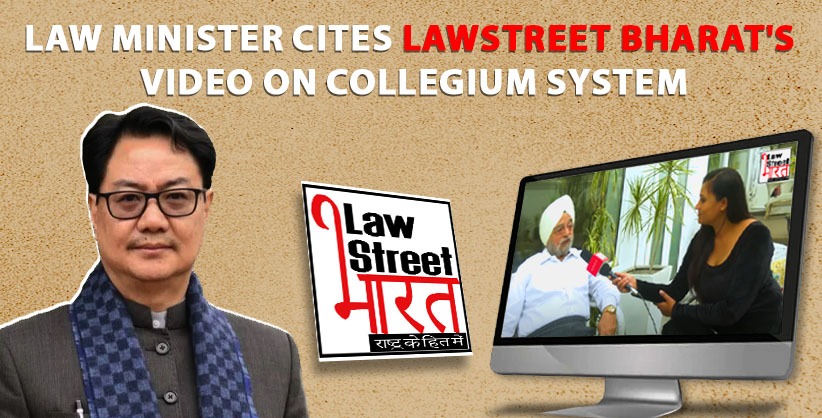 The Minister tweeted the video, saying, "Voice of a Judge...
Real beauty of Indian Democracy is- it's success. People rule themselves through their representatives. Elected representatives represent the interests of the People & make laws. Our Judiciary is independent and our Constitution is Supreme."

The tweet by the Minister comes at a time when the government had repeatedly questioned the Collegium system for appointment of judges. The Minister, himself, had said nowhere in the world, judges appointed themselves.

In the interview of Justice Sodhi conducted by LawStreet Bharat, the former judge, "the Supreme Court has, for the first time, hijacked the Constitution. It said we will appoint the judges and the government will have no role in this."

"All the three organs of our State i.e Legislature, Executive and Judiciary must work together in the larger interest of the nation," he added.

On January 6, Rijiju had written to Chief Justice of India D Y Chandrachud suggesting to include government's representative in the process for picking up judges.

The letter had sought inclusion of a central government's nominee in search-cum-evaluation committee, as part of the Memorandum of Procedure to be formulated in terms of the Supreme Court's judgement in the National Judicial Appointment Commission Act case.

"This is precise follow-up action of the direction of Supreme Court Constitution Bench while striking down the National Judicial Appointment Commission (NJAC) Act. The SC Constitution bench had directed to restructure the MoP of the Collegium system," Rijiju said in a tweet.

LawStreet Bharat has consistently been raising legal issues, highlighting different points of views for benefit of the general public.