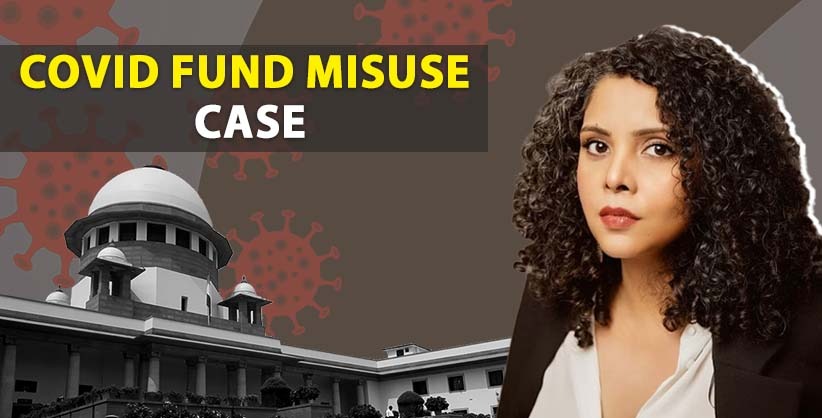 NEW DELHI: The Supreme Court on Wednesday asked journalist Rana Ayyub, if the High Court concerned is powerless to decide her plea, questioning jurisdiction of Uttar Pradesh court in a case of money laundering lodged for misuse of Covid-19 relief fund.

A bench of Justices Krishna Murari and V Ramasubramanian, however, requested the Ghaziabad court which issued summons against Rana Ayyub for January 27 to adjourn its hearing.

The top court posted Rana Ayyub's writ petition for consideration on January 31, having noted that it could not conclude its hearing on Wednesday due to paucity of time.

Ayyub led by advocate Vrinda Grover challenged the jurisdiction assumed by Ghaziabad court. The petitioner cannot be subjected to UP jurisdiction, she said, seeking protection against her against any coercive action.

"How does Article 32 plea lie here? The jurisdictional HC can look into this. Is the HC powerless to do it," the bench asked the counsel.

"It is part of the record that Ghaziabad court is not a jurisdictional court. The court here is Mumbai. My liberty is at stake," Grover said.

She further contended that there was no charge sheet, no arrest of petitioner. The petitioner is being dragged to UP court, even though the investigation is by Delhi zonal office.

She sought four to six week's protection, if the petitioner is directed to approach the Allahabad High Court.

Appearing on behalf of the Enforcement Directorate, Solicitor General Tushar Mehta, opposed the plea, contending crowdfunding has emerged as a new device by which money is being collected in guise of help for the down trodden and the poor.

"Every citizen is equal in eyes of law. She may file an anticipatory bail application," he said, contesting the protection sought by her.

The investigators claimed Ayyub had launched the fund raising campaigns with the sole intention to cheat the general public and acquired proceeds of crime in form of fixed deposits and balances in bank accounts projecting them as untainted.

The ED had initiated its probe after an FIR was registered in September 2021 by the Indirapuram Police Station in Ghaziabad under provisions of the Indian Penal Code, Information Technology Amendment Act and Black Money Act against Ayyub.