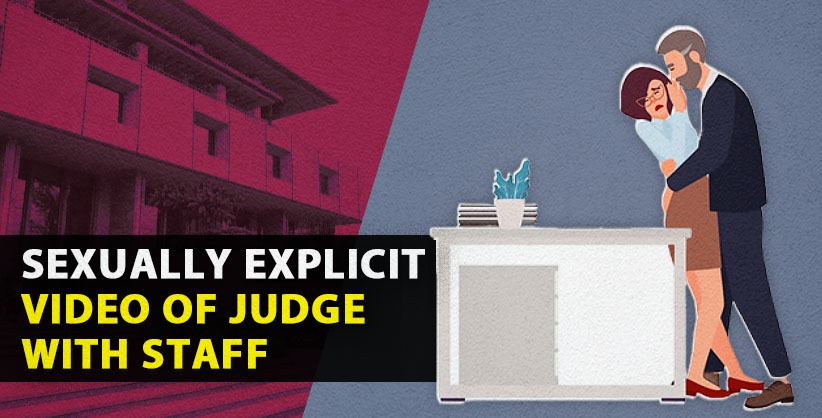 NEW DELHI: The Delhi High Court has on Wednesday ordered all social media companies, messaging platforms and search engines to block and stop circulation of a "sexually explicit" video allegedly related to a Delhi's judicial officer and his staff.

Justice Yashwant Varma passed ad interim ex parte injunction on a suit filed by the woman concerned on urgent mentioning, in light of the imminent and irreparable harm that is likely to be caused to the plaintiff.

"Bearing in mind the sexually explicit nature of the contents of that video and taking into consideration the imminent, grave and irreparable harm that is likely to be caused to the privacy rights of the plaintiff an ad interim ex parte injunction is clearly warranted," the judge said.

The court also noted that the Full Court itself had taken cognizance of the incident on its administrative side.

Pursuant to the resolution passed on November 29, 2022, the Registrar General of the court has conveyed the need to take appropriate action for blocking of the said video over all ISPs, messaging platforms as also social media platforms.

The Registrar General has also in light of the directions issued by the competent authority requested the Union government to issue appropriate take-down orders.

"The defendants shall take all permissible steps to ensure that the further sharing, distribution, forwarding or posting of the offending video is restrained forthwith," the bench added.

The court directed Secretary, Ministry of Electronics & Information Technology to take further steps warranted in terms of the order of the Registrar General.

The suit claimed an imminent and irreparable harm is likely to be caused to the plaintiff. It sought issuance of a permanent injunction restraining the defendants, their associates, sister concerns, agents and others from publishing/re-publishing/telecasting, in any manner, a purported video of March 09, 2022 which is stated to be circulating on various social media platforms as well as web portals since November 29, 2022. Further, pleas were made for disabling the users of the services provided by the defendants from sharing or forwarding the video in question over their platforms.

"The court has had an occasion to view the content in respect of which the complaint is made. The court bears in mind the provisions of Section 354C of the Indian Penal Code, 1860 as well as 67A of the Information and Technology Act, 2000 which laws, prima facie,would appear to be violated in case further circulation, sharing and distribution of the video were to be permitted. The content, if circulated amongst parties and users of the services provided by the defendant Nos. 1 to 4, would also appear to, prima facie, violate the Legally Acceptable Terms of Use as adopted by the said defendants," the bench said.

The court issued notice to the Union government and other respondent parties and put the matter for further consideration on December 9.