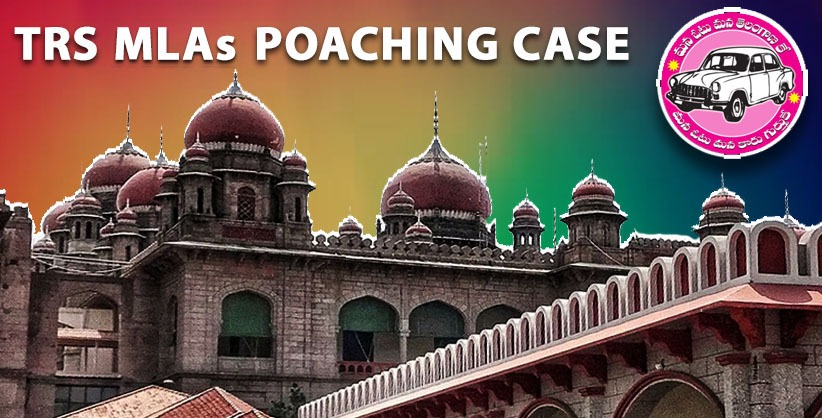 Justice Chillakur Sumalatha told the accused to furnish a personal bond of Rs three lakh each and two sureties of the same amount. They have also been asked to appear before the Special Investigation Team every Monday.

Among other conditions, they have been told to share their contact details and not to influence the probe in the matter.

They moved separate bail pleas before the trial court which on November 14 rejected it.

The accused claimed the investigation in the matter has been completed and relevant materials have been seized by the police and there was no question of tampering with the evidence.

The prosecution opposed the bail plea, saying they tried to destabilize the democratically elected government. They offered Rs 250 Cr as bribe for poaching the MLAs. They may leave the country if enlarged on bail. Further, there was other suspects in the case of conspiracy, warranting further investigation. They belonged to different states.

The court, however, said the accused had been in custody for over a month and they can be granted bail as the material part of the investigation was over.

On November 21, the top court had voiced its displeasure with the direction by the High Court for the three accused to surrender.

It had expressed displeasure with the HC's single judge observation with regard to applicability of Arnesh Kumar judgement by the Supreme Court would not be treated as binding precedent in state of Telangana.

The top court had then asked the single judge bench to consider the bail plea of accused expeditiously as they have been behind the bars for over 22 days.

The Cyberabad police had on October 26 arrested the three accused on charges that they attempted to lure a few TRS MLAs to switch over to the BJP.

An Anti-Corruption Bureau's special court before which they were produced, however, had refused to remand them saying the police had failed to follow the Supreme Court guidelines regarding arrest as laid down in the 2014 ruling in Arnesh Kumar Vs State of Bihar.