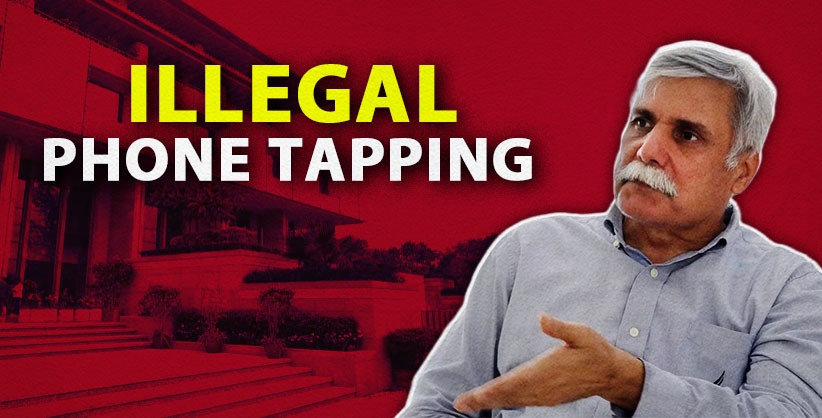 NEW DELHI: The Delhi High Court on Thursday granted bail to former Mumbai police commissioner Sanjay Pandey in a case of money laundering lodged by the Enforcement Directorate arising out of illegal phone tapping of officials at the National Stock Exchange between 2009 and 2017.

Ordering release of the retired IPS officer of 1986 batch, Justice Jasmeet Singh said recording or tapping of phone lines by ISEC was not an action of the State.

"The facets of privacy include right of non-interference with the individual body, protection of personal information and autonomy over personal choices. Consent is essential when it comes to recording phone lines which aspect was disregarded by both NSE and ISEC," the bench said.

However, the court emphasised that this aspect need not detain it from dealing with the bail application of the applicant.

Pandey, who studied at IIT Kanpur and Harvard University was arrested by the ED on July 19, 2022 and by the CBI on September 24, 2022. It was alleged that ISEC Services Pvt Ltd, founded by Pandey, had entered into conspiracy to intercept MTNL lines at NSE.

Having gone through the material collected and referenced by the ED, the bench said on the basis of broad probabilities, there is no likelihood of the applicant committing an offence under the PMLA, if released on bail.

The court also pointed out, the ED has not substantiated that the applicant has derived or obtained any property as a result of a scheduled offence or indulged in any activity or process relating to that property.

"I am of the view that according to Sec 45 PMLA, prima facie, there are reasonable grounds to believe that the applicant is not guilty of the offence and he is not likely to commit any offence while on bail," the judge said.

The court also pointed out none of the ingredients of the scheduled offences viz, Section 72 IT Act, Section 120B r/w 409 and 420 IPC, Section 13(2) read with 13(1)(d) PC Act are made out and there is no occasion to allege acquisition or retention of "proceeds of crime" which under Section 2(u) of PMLA to mean proceeds arising out of scheduled offences.

The applicant cannot be held to have derived or obtained property as a result of criminal activity relating to or in relation to a scheduled offence.

"In present case, no scheduled offence is prima facie made out, concomitantly there cannot be proceeds of crime having been generated as there is no criminal activity relating to a scheduled offence," the bench said.

The bench also said nothing has been produced before it to demonstrate that the applicant employed any corrupt or illegal means to obtain a valuable thing or pecuniary advantage for himself.

"No offence under section 13(1)(d) PC Act can be alleged to have been committed as no presumption treating the receipt of monies as illegal gratification can be drawn. Since ISEC's performance of its obligations was done as per its contract with the NSE and the applicant did not hold any public office between 2009 and 2011, therefore, there is no question of him abusing his position as a public servant," the bench said.

The bench said this is a case where the NSE, which is a private company, engaged ISEC to perform a service. Payments were made in lieu of receipt of such services. ISEC duly showed amounts in tax returns and paid income tax on said income.

"Therefore, I find merit in the petitioner's submission that contractual compensation of Rs 4.54 crores for services rendered cannot amount to a "pecuniary advantage" in terms of the Prevention of Corruption Act," the judge said.

The court also said, "No call recordings were ever entrusted to the applicant on account of his capacity as a public servant. The applicant was a director of ISEC only from 2003 till 17.05.2006. After resigning, his role was peripheral and supervisory in nature."

At the time the NSE entered into a contractual relationship with M/s ISEC in 2009, the applicant was not holding public office, it also pointed out.

The ED lodged the complaint against Pandey and others on July 11, 2022 following registration of a criminal case by the CBI on July 7, 2022.

Only final decision of Collegium not discussion to be made public under RTI: SC [Read Order]