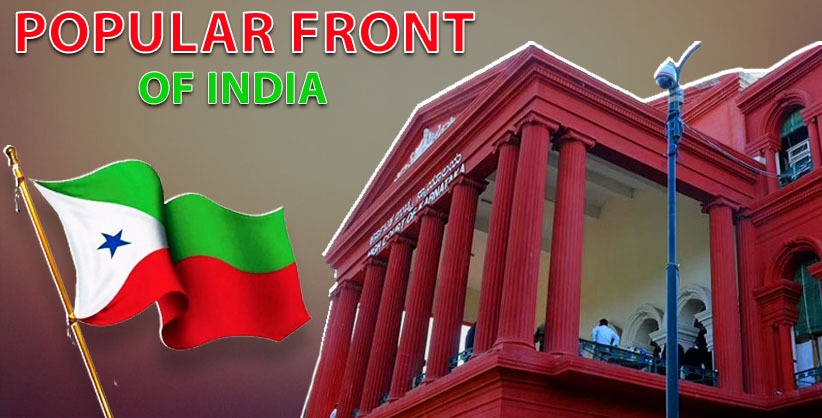 NEW DELHI: The Karnataka High Court has dismissed a plea against the Union government's decision to ban the Popular Front of India (PFI) and bringing it in force immediately.

Justice M Nagaprasanna rejected the petition filed by Nasir Pasha against the Centre’s notification of September 28 declaring the PFI and its associates and affiliates to be an unlawful organisations under the Unlawful Activities (Prevention) Act and bringing the notification into immediate effect.

“Article 19(1)(c) of the Constitution of India on which much emphasis is laid is also hedged with reasonable restrictions to be imposed in certain circumstances under Article 19(4) of the Constitution of India... the fact that reasons are found in the impugned notification itself, I do not find any warrant that would entail interference at the hands of this court,” the judge said.

The court also pointed out the notification stated that several associates, affiliates or fronts of the PFI had been indulging in terrorist activities in Tamil Nadu, Kerala and Karnataka.

Senior advocate Jayakumar S Patil, appearing for Pasha, who claimed to be the president of the PFI, contended that separate reasons had to be recorded in writing to bring the notification into effect immediately. He also said that fundamental rights cannot be taken away with the stroke of a pen.

The court, however, said that the Union government was empowered under the proviso, subsection (3) of Section 3 of the UAPA, to bring in any notification declaring any organisation to be unlawful with immediate effect.

The bench further said the notification has two parts: the reason for declaring the organisation illegal and the provision for it to take effect immediately.

The petitioner said organisation, registered under the Karnataka Societies Registration Act, 1960, was working for empowerment of the downtrodden section of the society.

Solicitor General Tushar Mehta appeared for the Centre to oppose the plea.