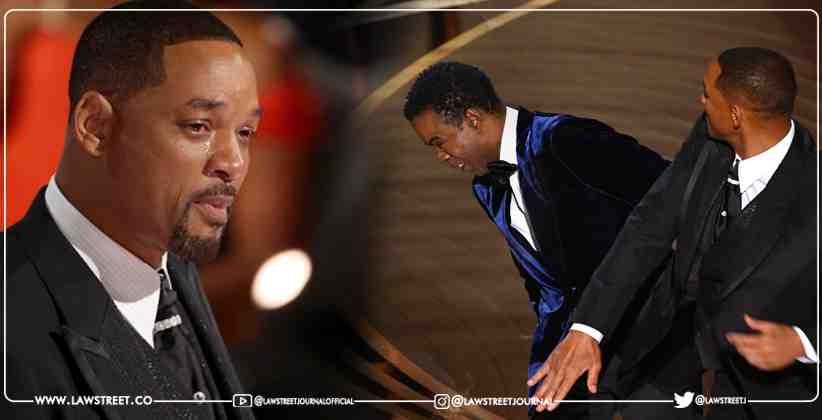 The Academy of Motion Picture Arts and Sciences has decided that the best-actor winner from this year will not be allowed to return to the ceremony—or any other Academy event—for a decade, this came nearly two weeks after the 2022 Oscars.

The Academy's Board of Governors determined Friday that Will Smith, who stormed the stage at the 2022 Oscars to smack Chris Rock moments before winning the year's best-actor award, will be barred from attending the Oscars and all other Academy events for ten years.

“I accept and respect the Academy’s decision,” Smith said in a statement following the announcement.

The decision follows a meeting that was originally set on April 18, but was rescheduled earlier this week by Academy president David Rubin. As Rubin wrote in his letter to board members after Smith resigned from the Academy last Friday, “suspension or expulsion are no longer a possibility, and the legally prescribed timetable no longer applies. It is in the best interest of all involved for this to be handled in a timely fashion.”

“The 94th Oscars were meant to be a celebration of the many individuals in our community who did incredible work this past year; however, those moments were overshadowed by the unacceptable and harmful behavior we saw Mr. Smith exhibit on stage,” Rubin and Academy CEO Dawn Hudson wrote in a letter following the meeting. “During our telecast, we did not adequately address the situation in the room. For this, we are sorry. This was an opportunity for us to set an example for our guests, viewers, and our Academy family around the world, and we fell short— unprepared for the unprecedented.”

Rubin’s letter went on to say that, in addition to receiving Will Smith's resignation, the Board of Governors held a meeting today to consider how best to respond to his behaviour at the Oscars. Mr. Smith will not be permitted to attend any Academy events or programmes, in person or online, for a period of ten years beginning April 8, 2022, including but not limited to the Academy Awards.

The letter goes on to express gratitude to Rock “for maintaining his composure under extraordinary circumstances,” and to call its decision “a step toward a larger goal of protecting the safety of our performers and guests, and restoring trust in the Academy.”

Smith's slap on Oscar night surprised nearly everyone in the audience, and while the Academy claims Smith was asked to leave the ceremony afterward, sources differ. But, in the days after the event, the criticism became louder, and by the time Smith quit last Friday, a censure from the Academy looked inevitable. Smith said in a statement at the time of his resignation, “I have directly responded to the Academy’s disciplinary hearing notice, and I will fully accept any and all consequences for my conduct.” “My actions at the 94th Academy Awards presentation were shocking, painful, and inexcusable.”

Smith's actions have had a far-reaching impact far beyond the Academy. Netflix has apparently put a forthcoming Smith production on hold, while Apple TV+, a recent best-picture winner for CODA, will have to make difficult decisions about how to handle their upcoming film Emancipation, in which Smith plays a man fleeing slavery.

In addition to his Academy resignation declaration and his fumbling best-actor award speech, Smith has apologised to Rock and the Academy via Instagram. Rock has yet to publicly remark on the incident, save than a brief aside at the start of a recent standup act in Boston.

Will SmithAcademy president David RubinCEO Dawn Hudson Board of Governors