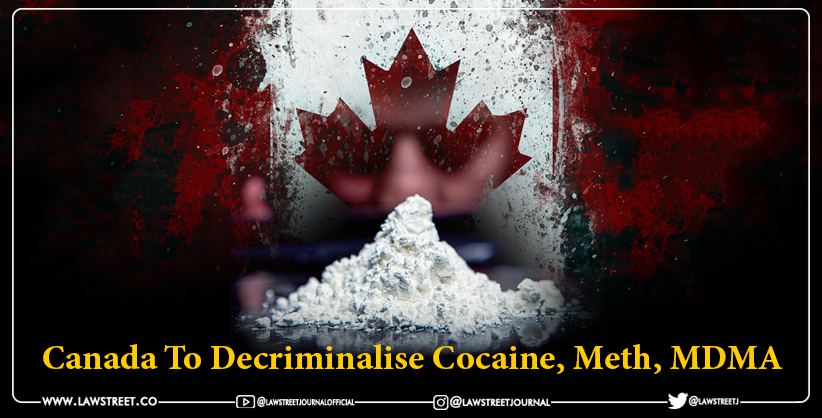 Possession of small amounts of cocaine, MDMA, meth, heroin, and fentanyl will be decriminalized in a Canadian province.

In January 2023, British Columbia will become the first province in Canada to decriminalize drugs as part of a three-year experiment. People over the age of 18 will be free to carry up to 2.5 grams of drugs without fear of arrest, treatment, or confiscation. By this, Canada is taking a huge next step towards drug safety.

The sale, production, distribution, and trafficking of these drugs will remain unlawful, and the new laws will not apply to schools, airports, or the military.

The move is one of a number of harm reduction measures implemented in the west coast province to combat a drug overdose crisis that resulted in the deaths of 2,236 people in 2021. Others include a safer supply of opioids for addicted drug users and drug checking services. British Columbia has the highest number of drug-related deaths in Canada and is by far the most progressive province in terms of drug law reform, with strong drug activism.

It comes after Oregon's move to decriminalise low-level drug possession in 2020, although with fines.

Drug users, on the other hand, argue that the 2.5-gram limit is too low and that too many people will continue to be criminalised for their drug use. Others criticised the seven-month wait for the policy to take effect, claiming that six people die in B.C. every day as a result of a drug overdose.

If the experiment proves to be successful, it might be expanded across Canada. While B.C. is the epicentre of Canada's overdose crisis and has some of the most progressive drug laws, other regions, including the country's largest city, Toronto, are also pushing for decriminalisation.

Kennedy Stewart, the Mayor of Vancouver, said the decision marked “a fundamental rethinking of drug policy that favours healthcare over handcuffs."

Carolyn Bennett, the Federal Minister of Mental Health and Addictions said that,

"We are doing this to save lives, but also to give people using drugs their dignity and choices.”

“BC is taking the next steps toward decriminalizing small amounts of certain illicit drugs for personal use so that we can reduce the fear and shame associated with drug use – making it clear that substance use is a public health issue, not a criminal one,” Sheila Malcolmson, British Columbia’s minister of mental health tweeted, alongside infographics summarizing common facts and myths surrounding drug decriminalization. Among the myths included in her post is the notion that such measures enable drug use; in reality, as the post notes, “Shame and fear can make people hide addictions and use drugs alone,” and decriminalizing substances can counteract that shame and instead direct people toward support and resources.