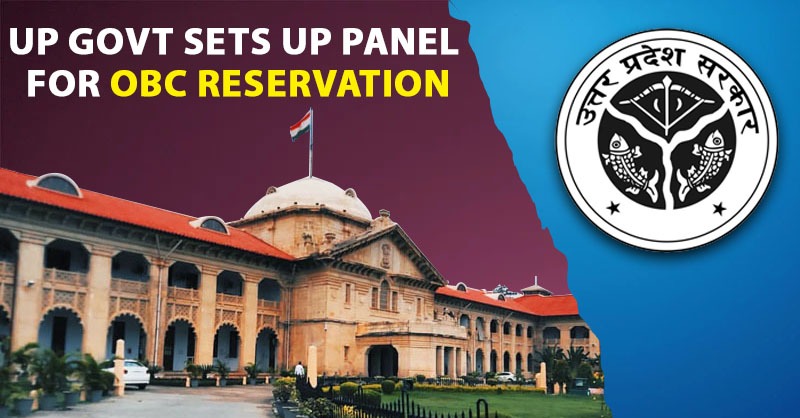 The Uttar Pradesh government has  set up a five-member commission for providing reservation to Other Backward Classes in urban local body elections.

The panel’s formation comes a day after the Lucknow bench of Allahabad High Court quashed the state government’s draft notification on urban local body elections and ordered it to hold the polls without reservation for the Other Backward Classes.

According to the state government's order, the panel will be headed by Justice (Retd) Ram Avtar Singh. The four other members are retired Indian Administrative Service officers Chaub Singh Verma and Mahendra Kumar, and former legal advisors to the state Santosh Kumar Viswakarma and Brajesh Kumar Soni.

The members were appointed following approval from the governor.

The notification, issued by the urban development department, said the commission’s term would be for six months from the day of taking charge.

It is to be noted that the high court order came on pleas challenging the preparation of the OBC reservation draft without following the triple test formula prescribed by the Supreme Court.

After the verdict, Uttar Pradesh Chief Minister Yogi Adityanath had emphasised that elections to urban local bodies would not be held without reservation for OBCs.

The state government will set up a commission on urban body elections and provide reservation to the OBCs on the basis of the triple test, he had said on Tuesday.

Deputy Chief Minister Keshav Prasad Maurya also said in a tweet that elections would only be held after reservation.

In a decision in May this year, the top court had referred to the Constitution Bench decision in 'K Krishna Murthy (Dr) and Ors v Union of India & Anr' (2010), to hold that "triple test conditions" have to be fulfilled before providing reservations for the OBCs.

The conditions are to set up a dedicated commission to collect empirical data on backwardness, specify the proportion of reservation required in local body in light of recommendations of the Commission, and such reservation not to exceed aggregate of 50 % of the total seats reserved in favour of SCs/STs/OBCs taken together, it had said.

No relief to Kocchars till January 02, Bombay HC's vacation bench refuses to hear their plea against arrest