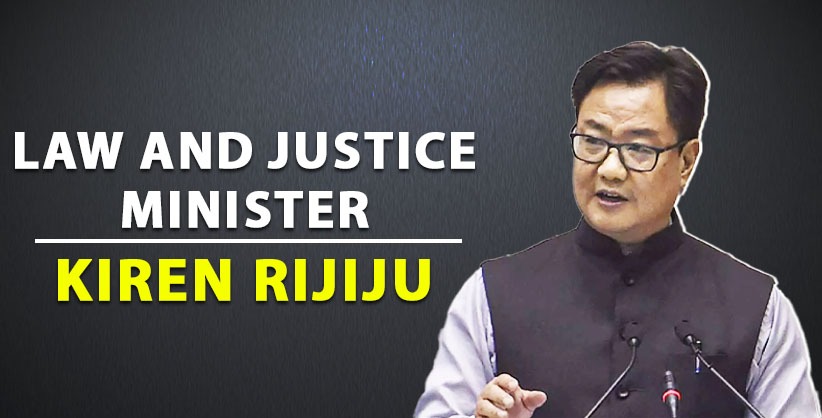 NEW DELHI: Union Law and Justice Minister Kiren Rijiju has criticised the Collegium system of appointment of judges, saying the people of the country are not happy with the system and it is the job of the government to appoint judges as per the Constitution.

Nowhere in the world except India is there a practice that judges appoint their brothers as judges, he said.

Speaking at 'Sabarmati Samvad' organised by 'Panchjanya', a weekly magazine by the RSS, the Minister said he has noted that half of the time judges are "preoccupied" with deciding appointment of judges, as a consequence, the primary job of delivering justice "suffers".

The Minister had earlier too at a conference in Udaipur last month said that there was a need to rethink the collegium system of appointments to the higher judiciary.

"Till 1993, every judge in India was appointed by the law ministry in consultation with the Chief Justice of India. We had very eminent judges at that time," Rijiju said, responding to a question on the process of appointment of judges.

It is to be noted that the Supreme Court collegium is headed by the Chief Justice of India and comprises four senior-most judges of the court.

According to Supreme Court's judgements and Memorandum of Procedure, the government can raise objections or seek clarifications on the Collegium's recommendations. However, it is bound to clear the names if the five-member body reiterates them.

"I am aware that the people of the country are not happy with the collegium system of appointment of judges. If we go by the spirit of the Constitution, appointing judges is the job of the government," he said.

"Second thing, nowhere in the world except India is there a practice that judges appoint their brothers as judges," he added.