Just Bec Lawyer Speaks More In English Does Not Mean He Should Get More Respect, More Cases Or Fees: Kiren Rijiju 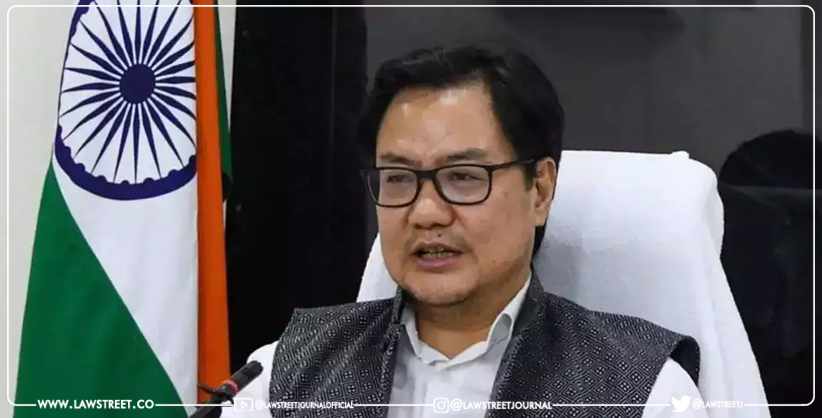 Delivering an address at the 18th All India Legal Services Authorities Meet at Jaipur on Saturday, Law Minister Kiren Rijiju expressed concerns at over 5 crore cases pending in the country in the 75th year of independence.

Union Law Minister Kiren Rijiju asserted that regional and local languages should be promoted in proceedings at lower and high courts.

The Minister said mother tongue should not be considered lesser than English and asserted that he does not subscribe to the view that a lawyer should get more respect, cases or fees only because he speaks more in English.

He also said that no court should be only for the privileged and the doors of justice should be open for all, equally.

“Arguments and judgment in Supreme Court happen in English. But our vision is that in high courts and lower courts, regional and local languages need to be given priority,” Rijiju said at the inaugural session of the 18th All India Legal Services Authority in Jaipur.

The Minister, while asserting for use of regional languages at High Courts and trial courts, stated:

"In Supreme Court, arguments and judgments are in English. We have a thought that in High Courts and trial Courts, there is need to give primacy for regional languages. There could be lawyers, who are knowledgeable in law, but cannot present their arguments in English. If local languages are permitted in Courts, we can solve many problems. If I can't speak English, then I should have the freedom to speak in my mother tongue. It should not be that only those who speak English get more fees, more cases and more respect. I am opposed to this. Mother tongues are no less than English. If we give chance to local language in High Courts and lower courts, it will be good for us".

Union Law Minister Kiren Rijiju further stated that 71 obsolete Acts will be repealed in the upcoming Parliament Session and the intention of the Government is to ease the requirement of legal compliances for the common people.

71 Obsolete Laws to Be Repealed In the Upcoming Parliament Session: Kiren Rijiju