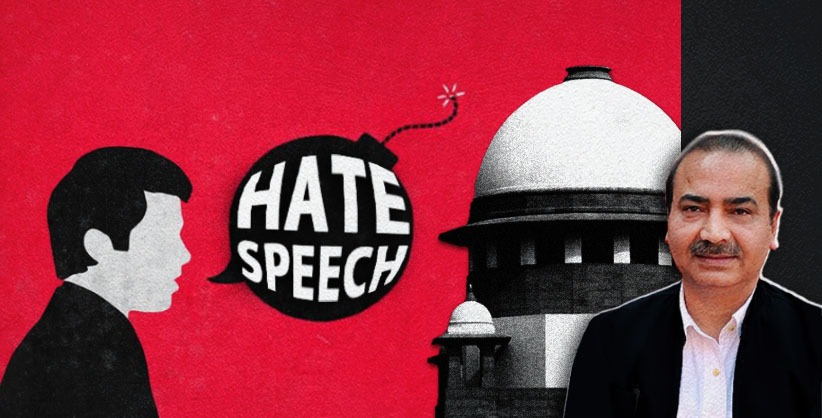 NEW DELHI: The Centre has informed the Supreme Court that it is in the process of considering comprehensive amendments in criminal laws taking into account the views of various stakeholders and recommendations of various committees and Law Commission.

Responding to a PIL by advocate Ashwini Kumar Upadhyay to make hate speech a separate punishable offence, the government said with a view to make comprehensive changes in the criminal laws of the country and to provide speedy justice to all and create a people centric legal structure, the Government have initiated the process of considering comprehensive amendments in criminal laws.

"Suggestions have been invited from Chief Ministers of all the State Governments and also from Union Territories, Chief Justice of India, Chief Justices of all High Courts, Judicial Academics, National Law Universities, Bar Council of India, Bar Council of all High Courts and Members of both Houses of the Parliament," the Ministry of Home Affairs said in a written reply.

The MHA also submitted that the Law Commission of India in March 2017 had submitted its 267th report titled "Hate Speech" along with a draft Bill namely The Criminal Law (Amendment) Bill, 2017 wherein it had recommended for insertion of new section 153C (Prohibiting incitement to hatred) and 505A (Causing fear, alarm, or provocation of violence in certain cases) in IPC.

The Law Commission in its 267th report submitted on May 04, 2018 has given a new formulation for insertion of section 153C (Prohibiting incitement to hatred) and 505A (Causing fear, alarm, or provocation of violence in certain cases) in IPC.

"The recommendations made by Law Commission were forwarded to all the States/UTs seeking their comments vide this office on January 11, 2018 followed by reminder letters on February 15, 2018, June 06, 2018, September 10,  2018 and February 28, 2019. The comments of all States (except Himachal Pradesh, Jammu & Kashmir, Karnataka, Maharashtra, Manipur, Tamil Nadu. Uttarakhand, West Bengal, Telangana) and 3 UTs (Andaman & Nicobar Island, Lakshadweep) have been received in this Ministry," it pointed out.

The MHA also said that the Department-related Parliamentary Standing Committee on Home Affairs, in its 111th, 128th and 146th Reports on June 23, 2010, had recommended that there is a need for a comprehensive review of the Criminal Justice System of the country rather than bringing about piece meal amendments in respective Acts.

On September 21, 2022, the top court had asked the Ministry to "clearly indicate its stand with regard to the recommendations made by the Law Commission of India namely whether it has contemplated any legislation in terms of the recommendation."

The government, in response, said inputs from 14 States in this regard had been received earlier. Subsequently inputs from the three more States/UT's have been received till now which are Jammu & Kashmir, Uttarakhand, Gujarat and Puducherry.