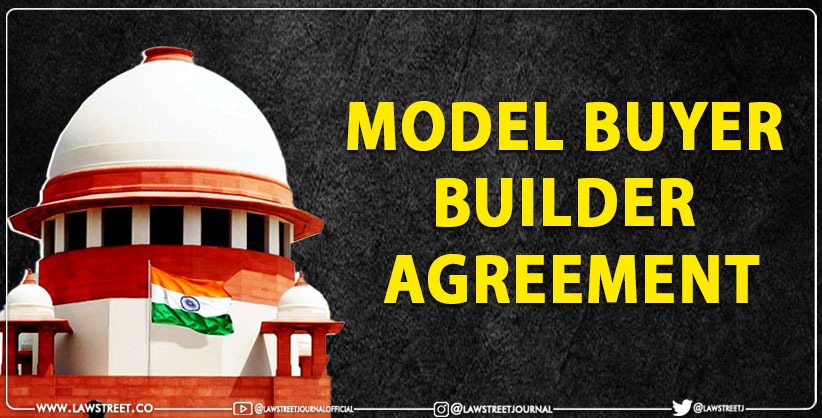 NEW DELHI: The Centre has told the Supreme Court that it would prepare a model agreement for sale by including a "core" clause in the builder-buyer agreement which can't be altered at the state level in order to save the flat buyer from any future problem.

This model agreement for sale in consonance with the mandatory provisions of the Real Estate (Regulation and Development) Act 2016 for the protection of the home buyers would be submitted for consideration and approval of the Supreme Court.

The States and Union Territories can incorporate additional clauses, in the agreement based on individual needs and exigencies, as permissible within the scheme of the 2016 Act. However, these clauses must not be contrary to or dilute the clauses prepared by the Union government.

In its proceedings on September 30, the court also recorded that States of Andhra Pradesh; Chhattisgarh; Gujarat;Jharkhand; Madhya Pradesh; Maharashtra; Manipur; Mizoram; Odisha; Uttar Pradesh; and West Bengal have yet not filed their response to the Ministry of Housing and Urban Affairs, despite the order on August 12.

The court also ordered that the Principal Secretaries of the State Government in the Ministry of Urban Development/Affairs should personally remain present before on the next date of hearing to explain as to why they should not be proceeded with under the coercive arm of law, if they further failed to file their responses within four weeks.

The court had earlier said a uniform builder-buyer agreement is required to be framed by the Centre to protect interests of lakhs of home buyers as this is an important issue, often put on back foot.

In his plea, Upadhyay submitted a model agreement was required to ensure transparency, and fairness and to restrain builders and agents from indulging into unfair and restrictive trade practices.