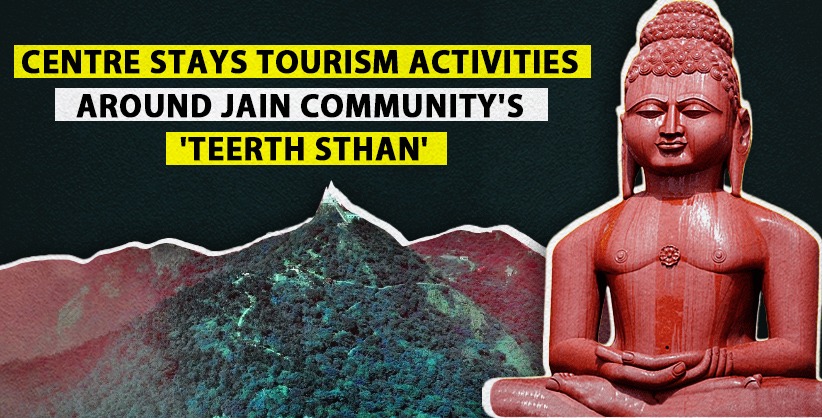 NEW DELHI: The Union government on Thursday stayed all tourism activities at Parasnath Hill where the religious site Sammed Shikharji is located, after a huge protest by the Jain community to ensure the sanctity of their holy place.

It directed the Jharkhand government to immediately take all steps to protect the sanctity of the “world’s most sacred and revered Teerth Sthan” of the community.

Union Environment Minister Bhupender Yadav has met the Jain community representatives and promised to maintain the sanctity of Sammed Shikharji Parvat Kshetra’ located on the Parasnath Hill in Giridih district of Jharkhand.

An office memorandum issued by the Environment Ministry stated that the Centre recognised the sanctity and significance of Sammed Shikharji for the Jain community as well as the nation at large.

In August 2019, the Union environment ministry had notified an eco-sensitive zone around the Parasnath Sanctuary and approved eco-tourism activities following the proposal submitted by the then BJP-led state government.

The state government was also directed to strictly enforce the ban on the sale and consumption of liquor and non-vegetarian food items on Parasnath Hill.

It has also asked the state government to prevent people from playing loud music or use loudspeakers; defiling sites of religious and cultural significance such as sacred monuments, lakes, rocks, caves, and shrines; damaging flora or fauna; causing environmental pollution; committing injurious acts to forests, water bodies, plants, animals, or disturbing the natural tranquillity of such sites; coming with pet animals; and unauthorised camping and trekking on the Parasnath Hill.