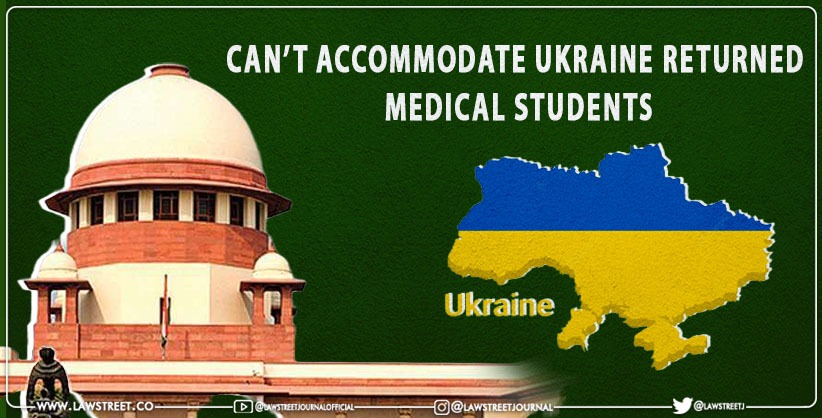 NEW DELHI: The Union government has told the Supreme Court that medical students who came back from war-ravaged Ukraine cannot be accommodated in the Indian universities since there was no any statutory provision for it and doing so would lead to fall in standards of medical education in the country.

"The plea for transfer of these students to medical colleges here would not only be dehors the provisions of Indian Medical Council Act 1956, and the National Medical Commission Act, 2019, as well as the regulations made thereunder, but would also seriously hamper the standards of medical education in the country,” the Ministry of Health and Family Welfare said.

In a written reply to a batch of petitions by these students, the Centre pointed out the aggrieved petitioners had gone to foreign countries due to poor merit in the NEET, and affordability of medical education in such foreign countries.

“If these students with poor merit are allowed admission in premier medical colleges in India by default, there may be several litigations from those desirous candidates who could not get seats in these colleges and have taken admission in either lesser-known colleges or have been deprived of a seat in medical colleges,” it said.

“Further, in case of affordability, if these candidates are allocated private medical colleges in India, they once again may not be able to afford the fees structure of the concerned institution," the government added.

A bench of Justices Hemant Gupta and Sudhanshu Dhulia would consider a batch of matters filed by the students from Ukraine seeking permission to complete their medical education here.

Citing the Indian Medical Council Act 1956 or the National Medical Commission Act, 2019 as well as the Regulations to accommodate or transfer medical students from any foreign medical institutes/colleges to Indian medical colleges, the government said, "Till now, no permission has been given by the NMC to trade or accommodate any foreign medical students in any Indian medical institute/university."

The Centre also said the allegation of refusal of Ukrainian universities to entertain the applications of students for the academic mobility in their first semester of the academic years 2022-23 is completely vague, and devoid of any details of the applicant students or the concerned universities.

“The relied upon communication in fact shows that the students who have taken admission in their first semester (2022-23) are not being permitted academic mobility in the first semester by the Ukrainian Institutions. The provision of academic mobility programme was permitted only for those students who are already undergoing medical education in medical universities of Ukraine and are unable to finish such education because of disruption caused by the undergoing war," it pointed out.

The Centre said the public notice issued by NMC on September 6 is a no-objection for academic mobility between foreign universities for students who could not complete studies due to the war. 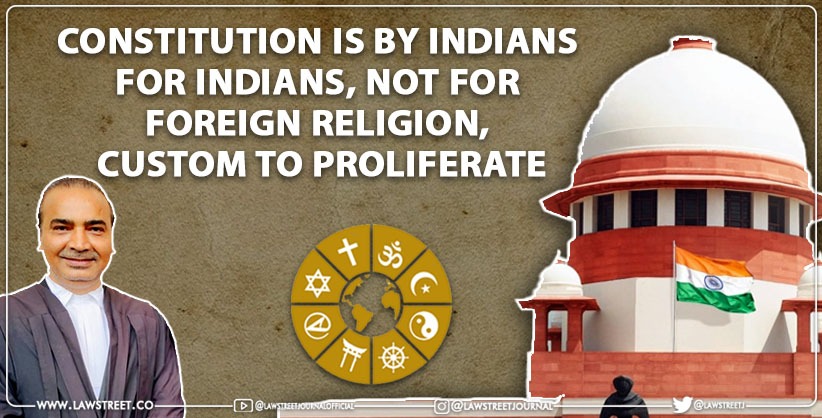 Constitution is by Indians for Indians, not for foreign religion, custom to proliferate, Ashwini Upadhyay to SC 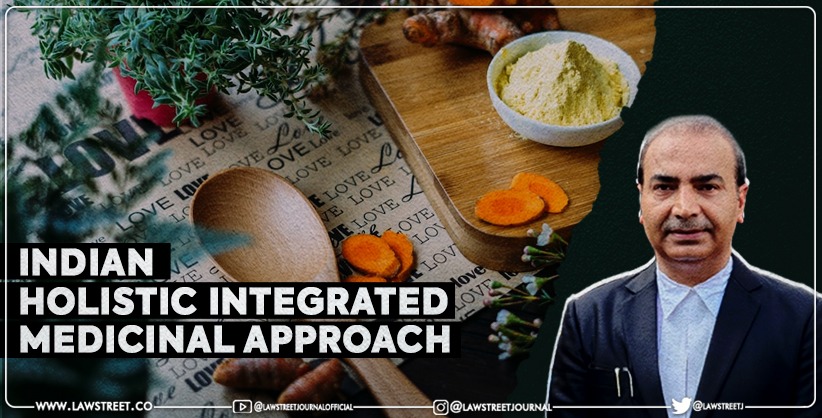 NITI Aayog has set up committee on 'Integrative Health Policy', Centre tells HC in reply to PIL by Ashwini Upadhyay