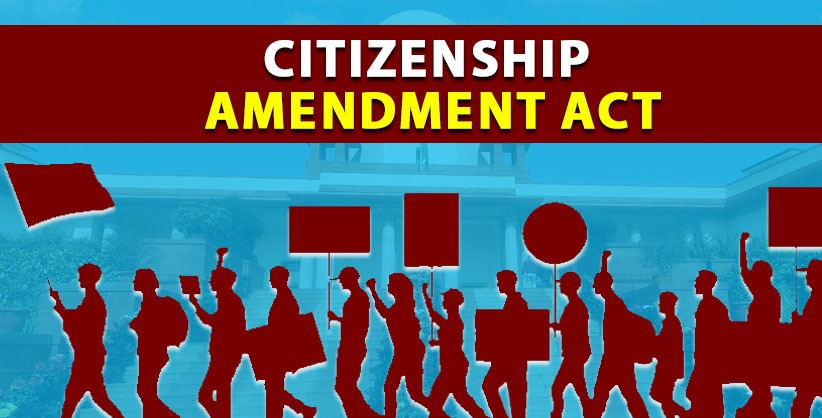 NEW DELHI: The Union government has told the Supreme Court that the Citizenship Amendment Act introduced in 2019 does not affect the legal, democratic or secular rights of any of the Indian citizens.

Maintaining that it is a benign legislation, the government said, "The existing regime for obtaining citizenship of India by foreigners of any country continues to be untouched by the CAA and remains the same. The legal migration on the basis of valid documents and visa, continues to be permissible from all countries of the world including from the three countries specified in the CAA."

In a fresh affidavit, the Ministry of Home Affairs also emphasised that the CAA is merely a limited legislative measure, circumscribed in its application, which does not affect the existing legal rights or regime concerning citizenship, falling outside the purview of specialized measure, in any manner.

"CAA Persecuted communities form a reasonable classification and so a law can be framed for their benefit. The CAA is not in contravention of Assam accord 1985 or Immigrants Act,1950. It is wrong to say it will encourage illegal migration into Assam or North-Eastern states," the Centre said.

The government also said that CAA is a narrowly tailored legislation which seeks to address the specific problem that awaited India’s attention for a solution since several decades.

A bench headed by Chief Justice U U Lalit is to consider the matter arising out of over 200 petitions for consideration, on October 31.

In its response, the government, while questioning the locus of the petitioners, said that matters concerning immigration policy, citizenship and exclusion of immigrants lies within the domain of Parliament and cannot be questioned by way of public interest litigation petitions.

"It is the executive policy of the sovereign manifested by competent legislation, which would govern the decision making. Legislative policies in this regard are designedly entrusted exclusively to elected representatives," the Centre said.

The Centre also contended that the power of exclusion of immigrants is, therefore, an incident of sovereignty belonging to a duly constituted Nation-State and immigration policy, which has an impact on the foreign policy of a State and by extension, affects the security apparatus of the State and would fall squarely within the domain of the Parliament.

The 2019 Act allowed only Hindus, Sikhs, Buddhists, Jains, Parsis and Christians, except Muslims, from Afghanistan, Bangladesh and Pakistan to be eligible for Indian citizenship as naturalisation, for their religious persecution. It had fixed December 31, 2014 as the cut off date for such purpose.

The statute, which triggered protests across the country, was challenged before the top court by a cross sections of people.

The petitioners claimed the CAA discriminated against Muslims on the basis of religion and such religious segregation was without any reasonable differentiation and violated right to quality under Article 14, and the principle of secularism of the Indian Constitution.