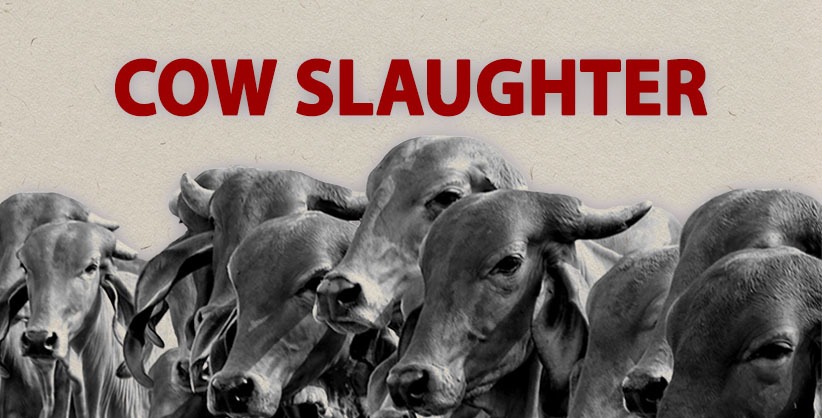 In view of the upcoming Bakri Eid 2022, Karnataka Animal Husbandry Minister Prabhu B Chavan has warned the sellers and buyers of cattle for cow slaughter in the state. Reminding people of the Cattle Slaughter Prevention and Protection Act, 2020 and Cow Slaughter Prohibition Act, Chavan appealed to people not to sacrifice cattle for the Bakr Eid festival while warning of stern action against the offenders.

The Karnataka government has asked the Animal Husbandry Department and the police to keep a strict vigil on the illegal movement of cows and beef to/from outside the state. Chavan said the officials have been instructed to keep an eagle's eye on cattle slaughter as cow, ox, calf and camels are sacrificed during the Bakrid festival.

The Karnataka minister warned people that cases will be registered against anyone found slaughtering cows for any reason as the ban on cow slaughter is enforced in the state.

"Animal Husbandry Department officials and police department officials in all the border areas of the state should be vigilant and ensure that the Prohibition of Cow Slaughter Act is not violated. If cow slaughter is found, an FIR will be registered in the local police station immediately and strict action will be taken against the culprits," Chavan said.

The minister said that if cow slaughter is reported from any particular area, then the concerned official of that region will be held responsible ad action will be taken against him/her.

In an attempt to prevent cow slaughter in Bengaluru, a task force has been formed in the Bruhat Bengaluru Mahanagara Palike (BBMP) zone and taluks of the city to prevent cattle slaughter during Bakr Eid. Eid-ul-Azha (Bakrid) will likely be observed on July 10. However, it depends on the sighting of the moon.

Action will be taken against those who indulge in any slaughter of cattle (including cow, cow, ox, bull, calf, camel, buffalo).