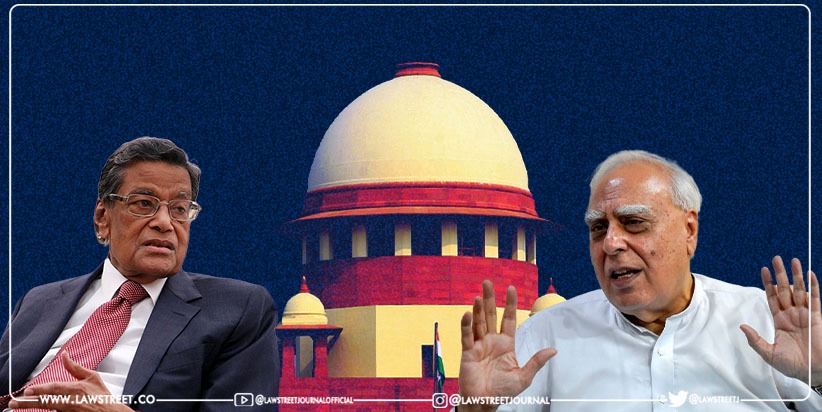 Sibal, while participating in People's Tribunal on 'Judicial Rollback of Civil Liberties', last month had reportedly said, "A court where judges are selected through a process of compromise, a court where there is no system to determine which case will be presided by which bench, where the CJI decided which matter will be dealt with by which bench, that court can never be independent."

He also claimed, "After 50 years in the Supreme Court, I find that I have no expectation from this institution."

In a letter to the A-G, advocate Vineet Jindal claimed Sibal by his statements has directly made allegations with intent to disgrace and scandalize the sitting judges of the highest court. He sought consent from the A-G under Section 15 of the Contempt of Courts Act to initiate contempt proceedings against the former Law Minister.

He also additionally, the statements relating to the critiques of certain judgements delivered by the Supreme Court would fall squarely within the purview of fair comment. which is permissible under Section 5 of the Contempt of Courts Act 1971 itself.

So far as the statement related to the allocation of cases is concerned, the top law officer of the country, said, "I find that the four judges of the Supreme Court in a press conference dated 12.01.2018, expressed these same views in relation to allocation of cases by the then Chief Justice of India Dipak Misra."

He said though under Section 16 of the Contempt of Courts Act,1971, a Judge can be held in contempt of his own Court. However, "no contempt action had ever been initiated by the Supreme Court against the makers of those statements, and therefore in my opinion it would not be appropriate that action be initiated against Sibal," the A-G wrote in his response.

Having gone through the entirety of Sibal's speech, Venugopal said, "I find that his criticism of the Court and the judgements was so that the Court may take note of the statements in the larger interests of the justice delivery system. It does not appear to me that the statements were intended to scandalize the Court or affect the confidence of the public in the institution."