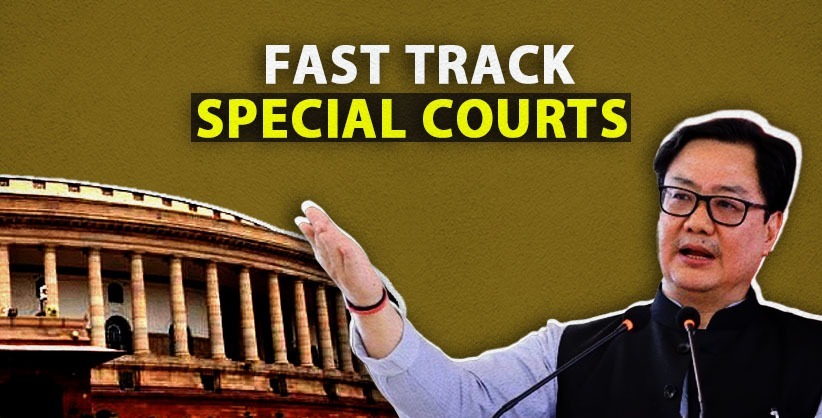 NEW DELHI: A total of 733 Fast Track Special Courts, including 413 exclusive POCSO Courts, have been operationalised in 28 States/UTs and those have disposed more than 1,24,000 cases since inception of the scheme, while 1,93,814 cases are pending as on October 31, 2022 before them, Law Minister Kiren Rijiju informed the Rajya Sabha.

In a written reply to a question, he said that setting up of Fast Track Courts (FTCs) and its functioning comes within the domain of the state governments which set up such courts as per their need and resources, in consultation with the respective High Courts.

The Union Government has started a Centrally Sponsored Scheme in October, 2019 for setting up of 1023 Fast Track Special Courts (FTSCs) including 389 exclusive POCSO Courts in 31 States/UTs for expeditious trial and disposal of cases related to rape and POCSO Act, in pursuance to the Criminal Law (Amendment) Act 2018 and the direction of the Supreme Court of India in Suo Moto case of 1/2019 on July 25, 2019.

Initially, the Scheme was for one year, which has now been continued up to March 31, 2023, the Minister said.