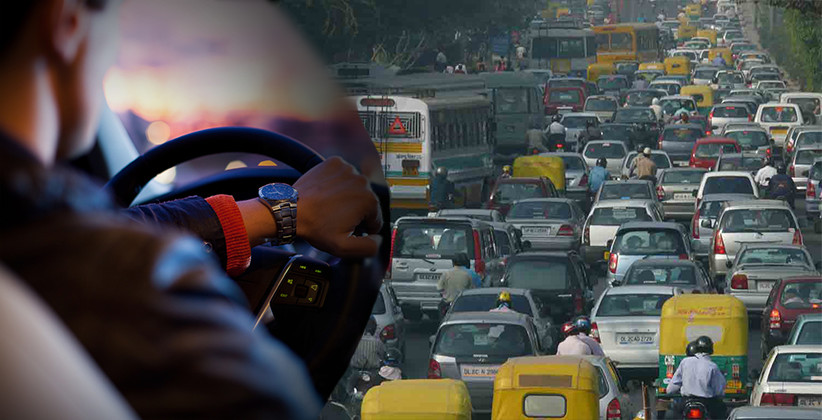 The latest amendments to the Motor Vehicles Act, 1988, have completely changed the life of citizens on the road. The new rules have not only proved effective in addressing the problem of accident cases shooting up in Delhi, but also seem to have become a promising deterrent for offences like rash driving, missing helmets, speeding up, running a red light, etc. If at all, a person dares to violate the new laws, the corresponding penal provisions guarantee burning a hole in your pocket consequentially.

Gone are the days when people leaving diners would get a drink for the road because let’s face it who would risk incurring INR 15,000 in fines for enjoying a few cocktails. Helmets have become as important as cell phones and wallets for people riding two-wheelers. As of today, not one single soul dares to run a red light knowingly or even negligently, be it cab drivers rushing to the airport or delivery boys racing to deliver food within 30 minutes. There’s a notable shift in the balance of convenience, since people are switching back to boarding metros despite owning comfortable private vehicles.

Missing helmets will now impose a liability of INR 1000 instead of INR 100 (as per the old act) on the culprits and so will not wearing seatbelts. We have shifted our priorities from looking for AUX cables to making sure a car has usable seatbelts. Drunken driving will now incur a fine of INR 10,000 raised from INR 2,000 and speeding or racing will incur INR 5,000 in fines, which was INR 500 earlier.

The new amendments were introduced earlier this year on September 1, 2019, in line with the recommendations made by the group of Transport Ministers hailing from all the states of the country. The Ministry of Road Transport and Highways had released a report in 2017 that noted an occurrence of 4.64 lakh accidents leading to 1.47 lakh casualties in one year. Accidents on two-wheelers accounted for one-third of that number. Reportedly, the total number of road accidents has witnessed a 9% fall in just two months of the implementation of the new rules.

Minimum compensation for hit and run cases leading to death is INR 2,00,000 (earlier 25 thousand rupees) and in case of grievous hurt is INR 50,000 (earlier 12.5 thousand rupees). Legal guardians of juvenile offenders would be nabbed and punished with upto three years’ imprisonment and fine amounting to INR 25,000 while juveniles would be answerable under the Juvenile Justice Act, 2000. Modification of motor vehicles in defiance of the new rules will be punished with a fine of INR 5,000 per alteration.

On the brighter side, immunity from liability has been extended to bystanders who stay and help out the victims of road accidents. The extension period for getting driving licenses renewed after the expiration of the period allowed for renewal has been increased from one month to one year.