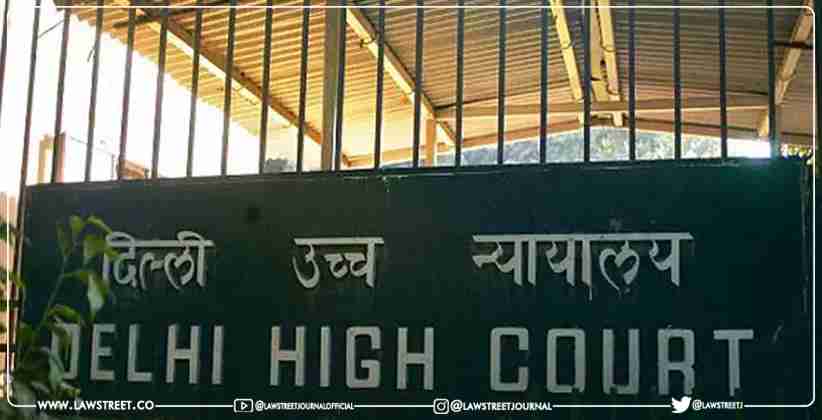 On Friday, the Delhi High Court ordered the Enforcement Directorate to provide a status report on journalist Rana Ayyub's petition challenging the central agency's decision to prevent her from travelling overseas.

Rana Ayyub had gone to court to contest the Enforcement Directorate's order to prevent her from leaving the country. As a result, the appeal asks that she be allowed to travel outside of India, and that any order, Look Out Circular, or instruction prohibiting her from doing so be quashed and overturned. Her lawyer had also requested an early hearing since Ayyub had prior engagements that require her to go to London and Italy. Ayyub had stated that she will be leaving on Friday.

She was apprehended at the Mumbai airport on Tuesday after a Look Out Circular was issued against her.

This happened after the Enforcement Directorate (ED) seized her assets worth Rs 1.77 crore in connection with alleged irregularities in the collecting of charitable money for Covid's relief efforts.

The agency stated that it had previously sent summonses to her but that she had not responded, and that it did not want her to leave the country because it would cause the investigation and submission of a charge sheet in court to be delayed.

According to the plea, the ED emailed Ayyu a summons under the Prevention of Money Laundering Act, 2002, approximately two hours after she was arrested at the airport, directing her to appear before it on April 1.

During today's hearing, Ayyub's lawyer, Advocate Vrinda Grover, went over several dates with the Court to explain that Ayyub had been cooperating and participating in the inquiry, and that the current summons was a "sham and an afterthought". While Grover said that the materials related to the investigation were received by the ED's Delhi Office in a timely manner from the Mumbai Zonal Branch, she claimed that the agency had not served her any summons after February 1.

"After February 1, there is no summon, no communication from ED to me. Till on February 5, this is a letter from my HDFC Bank to me. I am informed by my bank. Provisional attachment takes place. I get on 8 March, this is from adjudicating authority show cause notice under PMLA. Enquiry is done, funds attached, documents received, show cause notice is issued. I am in regular communication thereafter," Grover argued.

ED's Additional Solicitor General SV Raju, on the other hand, maintained that Ayyub was involved in a serious violation involving monies totaling over one crore rupees.

"Monies were recieved not only in dollars but also in rupees, running almost 2 crores. We have found that flaw bills have been submitted by her in the name of some entities in the name of relief work," he argued.

The Court then ordered the ED to file a response in the case and set a new hearing date on Monday at 2:30 p.m.

ABOUT THE PLEA IN QUESTION

The material sought in the summons was a copy of information sought by ED in an earlier summon dated January 25, 2022, according to the plea. It goes on to say that based on the material used by ED in its original complaint, a Show Cause Notice was given to her on March 8, 2022, and she is required to make a thorough response within the specified time period by April 17.

"Thus the summon dt. 29.02.2022 is a clear sham exercise, and an afterthought, to try and legitimise the illegal and arbitrary action of the Respondent No. 1 on the instructions of the Respondent No. 2, to deny the Petitioner her fundamental right to travel as well as her fundamental right to freedom of speech and expression, inter-alia to speak at a journalism related event in London and then in Perugia near Rome, in Italy, regarding the gender based online violence faced by women journalists globally," the plea adds.

As a result, it was asserted in the plea that Ayyub had answered to every summons issued by the ED, as well as joining the inquiry, recording her statement and providing essential documents. As a result, there is no evidence that she was attempting to circumvent the judicial system.

"There is no cogent reason or ground for issuance of a Look Out Circular against the Petitioner as she has cooperated with the investigation throughout and has been in regular communication with the Respondent No. 2. There is no flight risk and the Petitioner has not evaded the legal process," the plea stated.

The plea goes on to say that because Ayyub is a journalist who tells it like it is and is sometimes perceived as "a source of some discomfort or inconvenience for the government," this is no reason to deny her the right to travel abroad, exercise her freedom of speech and expression, and practise her profession as a journalist.

"Dissenting voices are integral to the democratic society and polity envisaged by the Indian Constitution, and any mala fide or arbitrary action of the Respondents which unconstitutionally curbs free speech ought to be quashed and set aside by constitutional courts," the plea reads.