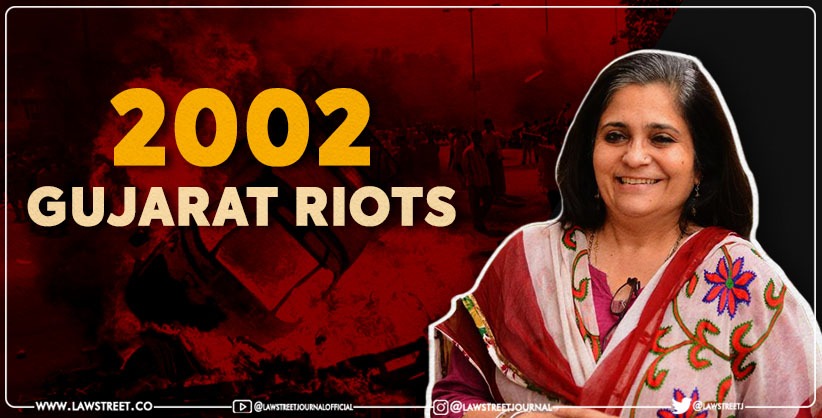 In a charge sheet filed against the accused, the SIT formed by the state police alleged, Teesta and others got in touch with Ahmed Patel, and with other co-accused, and held meetings at different places as part of criminal conspiracy.

She conspired with other accused from the year 2002 to implicate then CM, top bureaucrats and senior leaders of BJP to get death penalty for them in the communal rioting offences and created fake evidences for the purpose.

The 5000-page charge sheet in Gujarati was filed in Ahmedabad court by the SIT, headed by Deputy Inspector General of Police (DIG) Deepan Bhadran, posted with the Gujarat Anti-Terrorist Squad (ATS).

It further alleged despite being a part of the government, Sreekumar and Bhatt made fake documents for Teesta and then added them to official entries.

It alleged fake affidavits and fabricated evidence were created on trumped up charges, in order to finish Modi politically and cause serious damage of his image. The accused also used to intimidate witnesses who objected to their machinations.

A battery of lawyers was hired to prepare fake documents and affidavits, the chargesheet alleged.

It also cited the petition filed by Zakia Jafri, whose husband Congress MP Ahsan Jafri was killed in Gulbarg Society massacre case, in the Supreme Court.

The charge sheet enumerated over 90 witnesses, along with several documents to buttress its allegations.

Among the witnesses are Teesta's estranged employee and currently a member of the Central Waqf Council, Rais Khan Pathan, and riot victim Qutbuddin Ansari, along with former IPS officer-turned-advocate Rahul Sharma, and former DIG, CBI, and a key member of Supreme Court-appointed SIT, AK Malhotra.

Setalvad, who was arrested on June 25, for allegedly fabricating evidence and forgery got interim bail from the top court on September 2.

The Gujarat police had arrested her, Sreekumar and Bhatt a day after the Supreme Court had upheld the clean chit given to Modi and others in the 2002 Gujarat riots.