Non Bailable warrant against Actress Sonakshi Sinha; Failed to show up in a Media Event in Moradabad, after charging whooping money 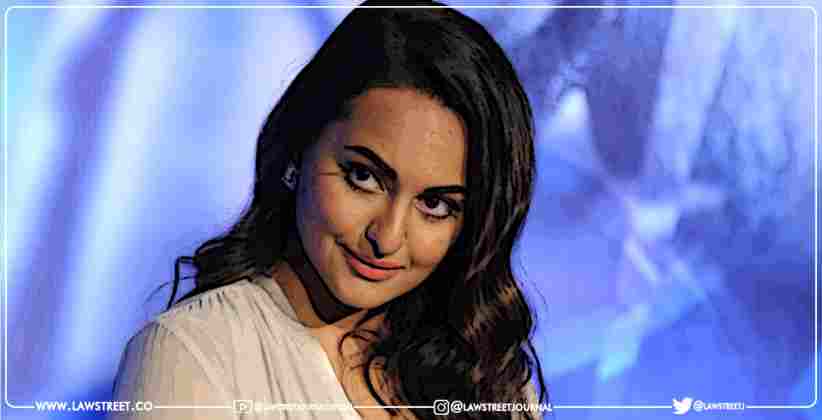 Actress Sonakshi Sinha has been charged for a fraud case and a non bailable warrant has been issued against her. The complaint was filed by the organizer of a Media event for which Sonakshi had promised her presence as a Chief Guest but did not show up.

Apparently Sonakshi even after charging a handsome amount of Rs. 37 Lakhs, from the organizers, did not show up for the media event. Reportedly, Sonakshi was signed for the ‘India Fashion and Beauty Awards’ as the Chief Guest. A reliable news report suggests that the event organiser Pramod Sharma asked Sonakshi’s manager to return back the money after she failed to attend the event for which the payment was made. The award show was organised by Sharma at Delhi’s Siri Fort Auditorium on September 30, 2019.

Pramod Sharma, the organizer had got in touch with Sonakshi for the event, through Abhishek Sinha, who is the operator of Talent FullOn Company and Exeed Entertainment. Sonakshi was given Rs. 28, 17,000.00 (Rupees Twenty Eight Lakhs Seventeen Thousand) in four instalments in June whereas Rs. 5 lakh were paid to the company as commission. After a written agreement, the actress had even shot promotional videos for the event but did not turn up as Chief Guest for the final segment.

Pramod Sharma in his complaint has alleged that Sonakshi’s manager refused to refund him the money and there was no reply from Sonakshi personally over this concern. Upon not being heeded to, after several attempts, Pramod Sharma filed a case of fraud, in Katghar police station, Moradabad.

After the case was filed, Sonakshi had reportedly visited the station in Moradabad to record her statement. However, after her continued absence, a non-bailable warrant has been issued against the actress in the fraud case. The Additional Chief Judicial Magistrate Court in Moradabad has ordered Sinha to appear on April 25, 2022, for a hearing.

After the case was registered, the case was taken up by the Moradabad court. Following this, Sonakshi Sinha had obtained a stay order from the High Court last year. Now that six months have passed since the stay was ordered, the stay order has expired as per rules, and therefore the court issued the warrant to the actress.