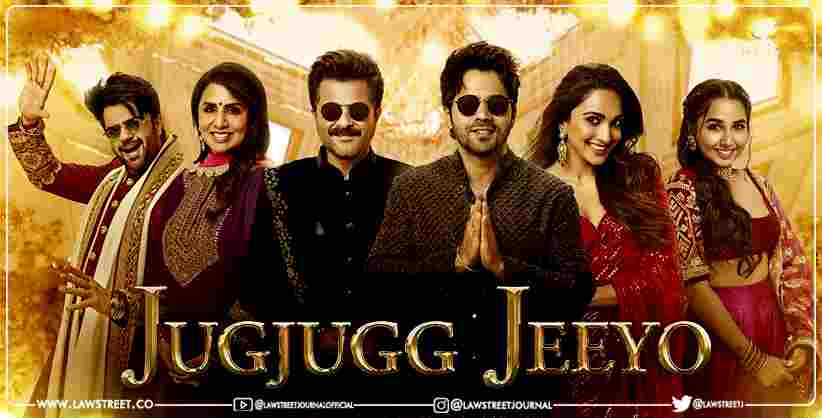 On Thursday, a Ranchi court refused to stay the release of the Bollywood film "Jugjugg Jeeyo" in a suit claiming copyright infringement.

The Hon'ble Judge Manoj Chandra Jha dismissed the plea moved by the petitioner and held that the balance of convenience lay in the defendants' favour.

The court said that,

"The plaintiff is not likely to succeed but presuming that even if they are still, the order for injunction is tilted in favour of the defendants considering the balances of convenience and irreparable loss."

A man named Vishal Singh filed the lawsuit, alleging that the defendants' production of the movie violated his copyright in the "Bunny Rani" story.

In this regard, the plaintiff requested an interim stay to the film's release from the defendants in the lawsuit in addition to a compensation demand of Rs.1.5 crore.

However, the defendants countered that they had invested huge amounts of money in the film's development and that there was no case at all. Therefore, if the movie's release is delayed, they will sustain an irreparable loss. It was claimed that costs of around Rs.13.95 crores on marketing and promotion and Rs.6.05 crores on distribution were incurred.

The plaintiff had brought the lawsuit after just watching the movie's trailer, the judge observed after considering all the factors.

The judge said that,

"It is not possible for any person to reach a conclusion about the similarity merely on the basis of one page story with the few minutes trailer of the film."

The request to delay the movie's release was thus rejected.

Explained: Roe v. Wade and Right to Abortion In U.S.