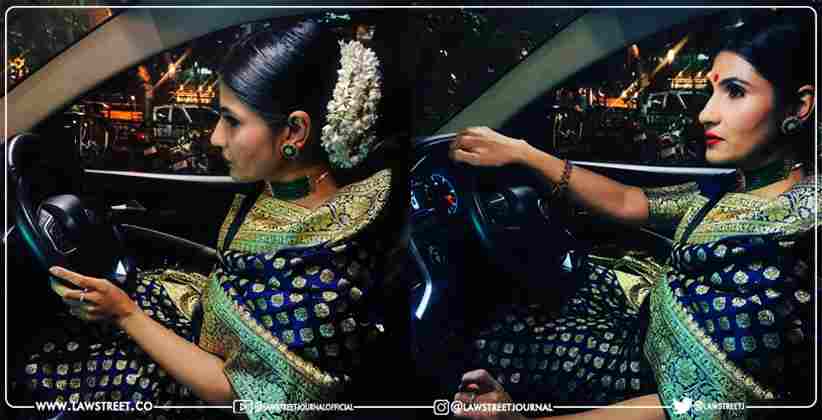 On Saturday, the 5th of March’ 2022, news about TV journalist Rubika Liyaquat was all over the place. Trollers did not leave any stone unturned in making derogatory remarks about her.

The whole propaganda started when Rubika posted a picture of hers adorning a saree, bindi and a gajra and captioned it as  “Why do people think when a woman is all ready and decked up, she shouldn’t be on the drivers’ seat… make no mistake, steering should always be in your hand whether you are ready or not..”

Rubika Liyaquat was seen taking a firm stand upon the uniformity in schools and thus did not participate in the whole “permission to wear hijab as a religious practice” thing at all. This had irked the Islamists, who then accused her of being anti-Islam. They had used all sort of anti-religion remarks on her through social media platforms. Some called her a dualist while some called her fake.

Several comparisons were made by Islamists who felt that she had betrayed Islam through her choices as well as statements. Some thought that her abstinence from supporting the Hijab endorsement was to look down upon. While conveniently ignoring the fact that the journalist is not bound to wear a uniform, they targeted Rubika Liyaquat for opposing the ‘right to wear Hijab’ in schools.

Several statements and tweets are going round the Internet to belittle the Journalist’s caption and attire,

One Firoz Khan remarked, “Brother, you look cool in a saree but you are naughty at the same time. You can wear a saree as per your choice but a girl can’t wear hijab as per her choice. You are talking about women’s empowerment through this tweet but mock Priyanka Gandhi. ”

“Definitely ma’am you can drive car in makeup but can’t study in #Hijab?” another Islamist made horrendous comparison.

“You can wear saree, gajra or bindi… but you get mad when a girl does purdah. Infidels have their unique way of doing propaganda.” Said another user.

Non Bailable warrant against Actress Sonakshi Sinha; Failed to show up in a Media Event in Moradabad, after charging whooping money