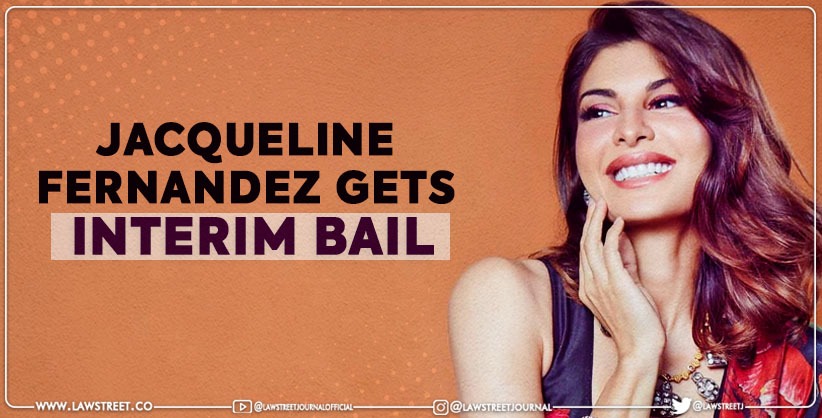 The Bollywood actress appeared before Additional Sessions Judge Shailendra Malik following summons issued against after filing of the supplementary charge sheet by the Enforcement Directorate.

The court granted her interim bail on condition that she would co-operate with the investigating agency.

Jacqueline Fernandez has earlier appeared before the agency during the investigation in connection with Rs 200 crore money laundering case.

She has been named as a co-accused in a supplementary charge sheet filed by the Enforcement Directorate (ED) in the case involving conman Sukesh Chandrashekar, who is lodged in Tihar Jail.

It was alleged that 37-year-old actor has been enjoying valuable jwellery and costly gifts from Sukesh, fully knowing that it was proceeds of crime.

According to the agency, Jacqueline has been a close friend of the conman and had received approximately 15 pairs of earrings, 5 Birkin bags, few highend bags from various reputed brands, Clothes and shoes from Super luxury brands, bracelets, chains, bangels, rings, watches etc.

The value of all jewellery items approximately were to the tune of around Rs 7 Crore.

The chargesheet also alleged that Sukesh has not bought any house but he had purchased a horse for a sum of Rs 57 lakh for Jacqueline through one Trainer, Suresh Taporia in Mahalaxmi Race Course, Mumbai.

He also allegedly sent USD 50,000 in Australia through Deepak Ramnani for buying a SUV car for Jacqueline's brother.

SC Issues Notice to Centre on Plea Against Provisions of Surrogacy, ART Acts