HC issues orders against unauthorised use of Amitabh Bachchan's persona 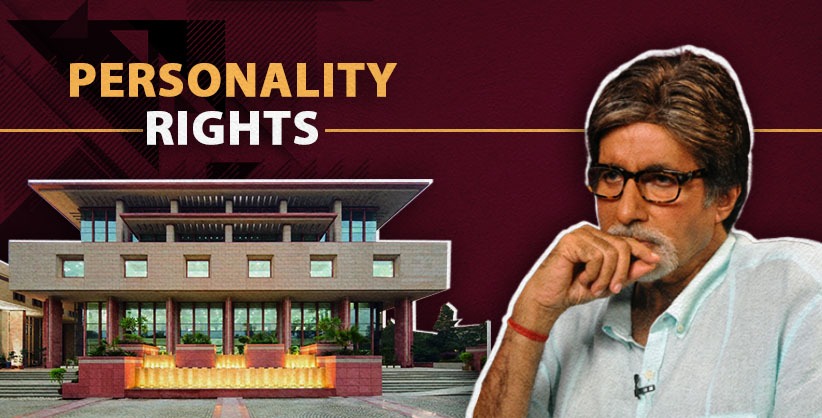 Acting on a plea by Amitabh Bachchan, the Delhi High Court on Friday issued orders against unauthorised use of the actor's voice, image, name or any other trait exclusively identifiable with him by any individual.

Bachchan approached the court alleging exploitation of his “publicity rights as a celebrity” by several individuals, including the person behind a “KBC lottery” to scam the public.

After hearing senior advocate Harish Salve on behalf of Bachchan, Justice Navin Chawla said it is undisputed that he is a well-known personality and is likely to suffer an irreparable loss and disrepute if relief is not granted at this stage.

Holding that a case for relief at this stage has been made out by the actor, the court ordered, “There shall be an ad interim ex parte order of injunction”.

In its order, the court said, “The defendants appear to be using his celebrity status for promoting their own activities without his authorisation or permission. The plaintiff is therefore likely to suffer grave irreparable harm or injury to his reputation. In fact, some of the activities complained of may also bring disrepute.”

The court directed telecom authorities to take action to pull down websites providing the content in violation of Bachchan's rights.

It also ordered telecom service providers to block access to telephone numbers circulating infringing messages. It fixed the matter for further hearing in March, next year.

In his submission, Salve said the relief of injunction is sought not only against the individuals named in the lawsuit but also against “john doe” parties or unknown parties who may be exploiting Bachchan's publicity rights.

Salve argued that besides the lottery, domain names were registered under the actor's name; there was “Amitabh Bachchan Video Call” service and even T-shirts bearing his photographs.

In his lawsuit, Bachchan has asserted that only he exercises the “control over commercial utilisation of his personality, name, voice, image, likeness and other characteristics that are uniquely identifiable and associated” with him and no one can “utilise”, “misappropriate” or “imitate” any facet of his personality or “exploit the same commercially” without his consent or express authorisation.

The elements of plaintiff's persona have a huge commercial value associated with them and any third party found using any of them is bound to cause confusion and deception amongst the general public, asserted the lawsuit which has sought Rs two crore from the defendants as damages.

The suit claimed one of the defendants is allegedly circulating messages on WhatsApp with the actor's image to promote “KBC lotteries”, which scams the public into believing that 'Kaun Banega Crorepati' was offering lottery prizes to the general public.

Another defendant is selling a general knowledge quiz book with Bachchan's image for aspirants who wish to participate in the television quiz show, the plea claimed.

Bachchan also said that due to his goodwill and reputation, he is “one of the most sought-after celebrities for brand endorsements” and to protect the same, he “ensures that he endorses a product only after carrying out a thorough background check of the brand, its perception in the minds of the public and other relevant factors”.

“The present suit is being filed to protect the plaintiff's name, voice, image, likeness, and all other elements of the plaintiff's persona which are distinctive and the unauthorised use of which by third parties is likely to create confusion and deception amongst the public,” it has further said.