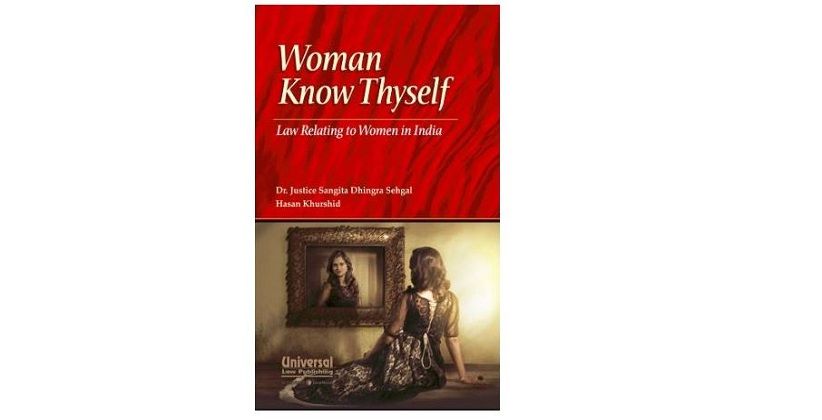 Today, we frequently hear the cacophony about crime against women; women's nightmares as well as women empowerment. The newspaper pages and TV channel programmes are flooded with reports on such matters. Debates, seminars, and conferences are organized on these vulnerable issues; laws are amended to protect the women; still, we observe that not much has changed to mitigate the plight and the ailing condition of women at large. This all is
happening despite the fact that woman is endowed by nature with virtually inherent capacity to possess invincible energy and panurgy.

To address such issues, Dr. Justice Sangita Dhingra Sehgal, Hon'ble Judge High Court of Delhi and Hasan Khurshid, Senior Legal Journalist, decided to write a book aimed to act as paraclete for women and enlighten them to know various laws made with the view to protect them. However, to emancipate woman from the shackles of miseries, what all we require is to tell her: Woman Know Thyself. With this view, the two authors named the book as "Woman Know Thyself- Law Relating to Women in India."

The forward of the book was written by former Chief Justice of India, TS Thakur and the book was also released by His Lordship.

The book emphasizes that the society needs to convince the women: identify your ingress, realize your worth invigorate, your actions and inosculate with male counterparts to perform alongside. As such, women have an innate quality of multi-tasking. There is so much potential in each woman that it only needs to be explored and put to use with confidence.

In view of the above, the authors have tried hard to instill confidence in women by highlighting women's dignity in historical perspective; their social and economic status in the past and the present; suggesting solutions to avert the problems faced by the women such as female feticide; rape and molestation; impact of violent media on women's safety; honour killing; live-in relationship; kidnapping & abduction; acid attacks on women and other aspects of their physical and emotional security.

The authors have not only highlighted and discussed various aspects and issues of the women but have also provided the detailed list of the Constitutional and legal safeguards available to women in India in a single compilation in the form of this book. The book is worth reading for all women, especially those who are faced with problems.